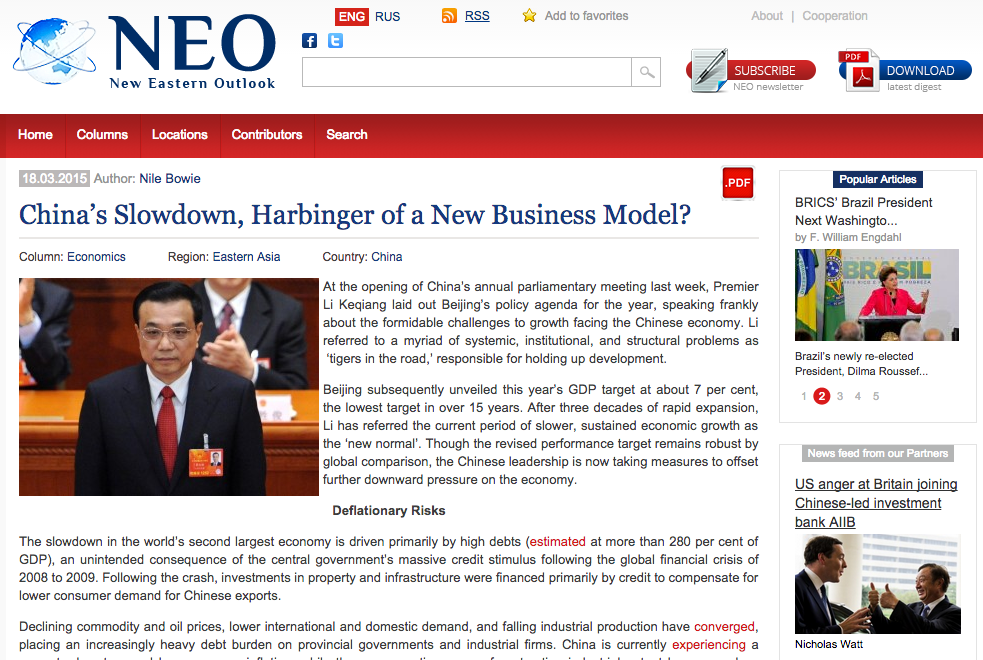 At the opening of China’s annual parliamentary meeting last week, Premier Li Keqiang laid out Beijing’s policy agenda for the year, speaking frankly about the formidable challenges to growth facing the Chinese economy. Li referred to a myriad of systemic, institutional, and structural problems as ‘tigers in the road,’ responsible for holding up development.

Beijing subsequently unveiled this year’s GDP target at about 7 per cent, the lowest target in over 15 years. After three decades of rapid expansion, Li has referred the current period of slower, sustained economic growth as the ‘new normal’. Though the revised performance target remains robust by global comparison, the Chinese leadership is now taking measures to offset further downward pressure on the economy.

The slowdown in the world’s second largest economy is driven primarily by high debts (estimated at more than 280 per cent of GDP), an unintended consequence of the central government’s massive credit stimulus following the global financial crisis of 2008 to 2009. Following the crash, investments in property and infrastructure were financed primarily by credit to compensate for lower consumer demand for Chinese exports.