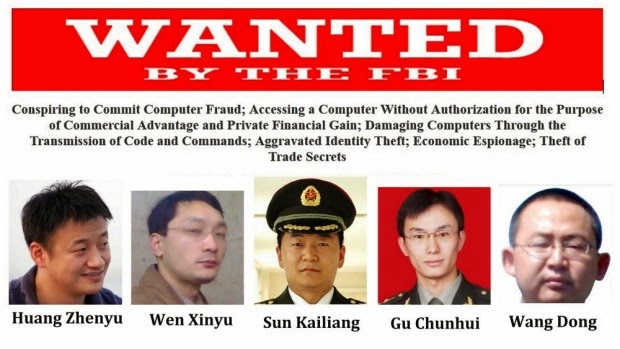 The Chinese have threatened retaliation against the United States after the US indicted five People’s Liberation Army officers on charges of cyber espionage, escalating the “cyberwar” now occurring between two very powerful countries.

The indictments charged the five members of the People’s Liberation Army with hacking into the networks of Westinghouse Electric, US Steel, and others, to obtain information about technology, negotiations and trade dispute.

China vehemently denounced the US indictments:

“The United States’ indictment of five Chinese military officers over so-called cyber theft is pure nonsense, an entirely false accusation, and it is a case of a thief yelling ‘stop thief,'” said the spokesman, according to a report from Xinhua. “If the United States continues to wilfully pursue its own course, China will take measures to resolutely counterattack.”

The retaliatory measures China is proposing would affect companies such as  Cisco Systems, IBM and Microsoft, just to name a few and is intended to “prevent product suppliers illegally controlling, interfering in, or interrupting user systems, or illegally collecting, storing, handling or exploiting information about users.”