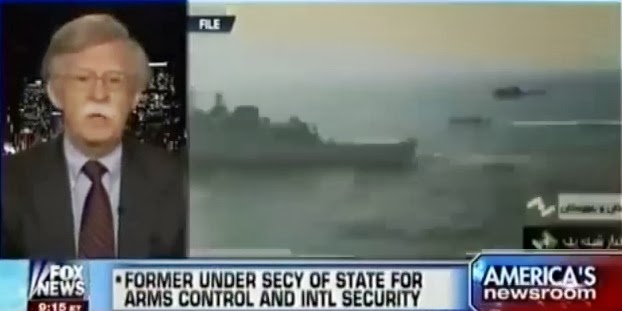 Former Ambassador John Bolton has some harsh criticism for the Obama administration in the video below over it’s handling of Iran which has become emboldened to the point of sending Iranian warships to U.S. maritime borders making it clear they have the capability of attacking the US.

Bolton points to the bad decisions from the UN with American approval which has weakened the US positioning and strengthened Iran’s as we now see China, Russia and now Iran all testing the US military in ways that none of them have ever dared to before Obama took office.

The second video below shows the level of concern shown by Bolton is not unreasonable as Iranian state controlled television has shown simulated attacks by Iran against the US and Israel.