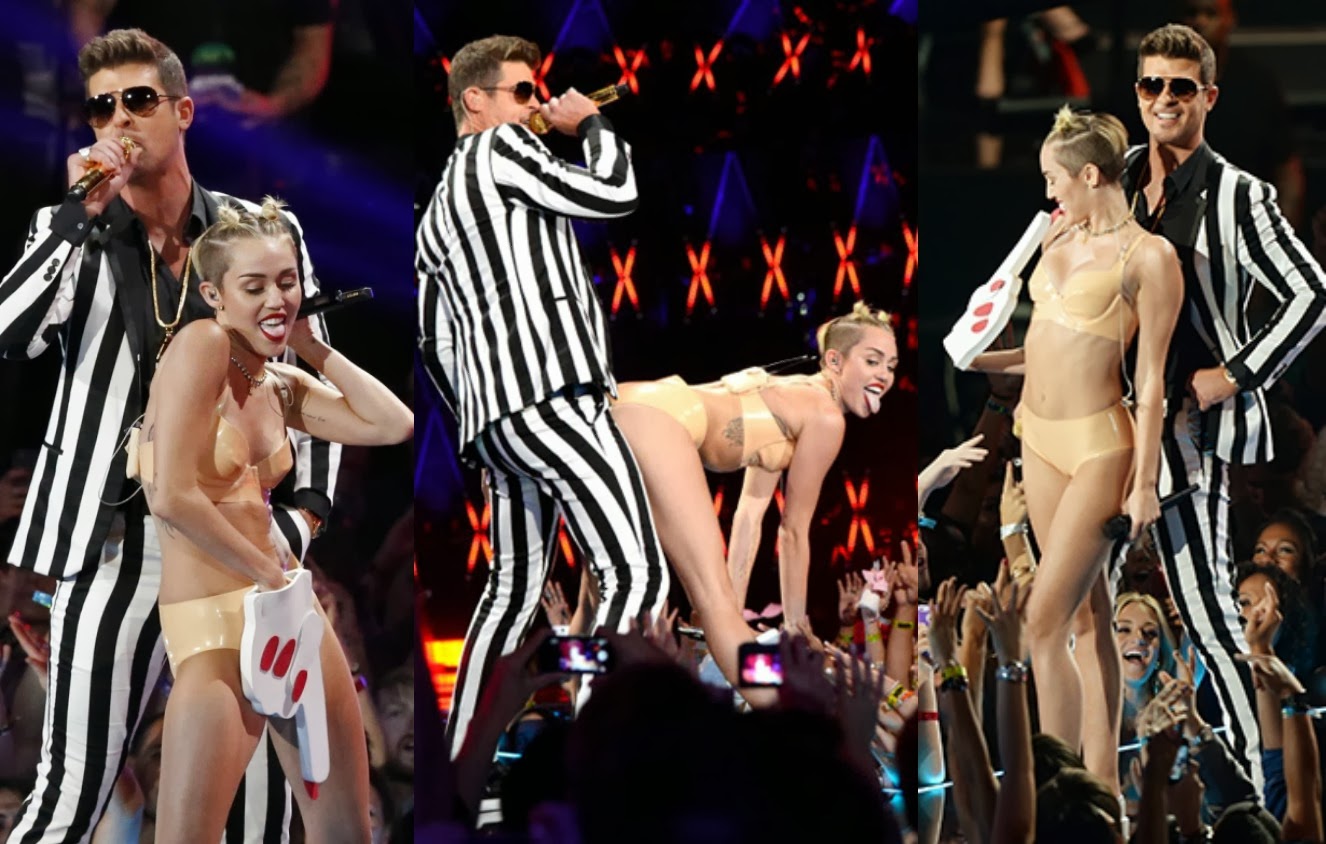 At first, the word “whore” may sound like a rather harsh description; but what else does one call a woman that films herself having sexual relations and puts it on the internet in order to gain fame and fortune? Two of the most famous Hollywood whores are Kim Kardashian and Paris Hilton, who were both offered reality shows after unashamedly sharing their most intimate moments with the world; for money.

Cyrus is following the example of other teen celebrities, hoping actually to outdo their outrageous behavior, many of whom have partied themselves to death. Lindsay Lohan, a former Disney star like Cyrus, had a promising career at one time; but these days she looks like she already has one foot in the grave.

Another celebrity in the news of late is singer Justin Bieber, who was arrested last week for DUI after drinking, smoking pot, and blocking off a residential street so he could drag race a friend in his Lamborghini. Bieber was arrested again this morning in Toronto for allegedly assaulting his limo driver last November. In December Bieber’s house in L.A. was raided, drugs were found and at least one of his house guests were arrested , after Bieber allegedly vandalized a neighbor’s house by egging it.

All of this bad behavior is being celebrated by a world which seems to agree with the lyrics in the Miley Cyrus song, “We Can’t Stop.”

Miss Cyrus and the rest of her contemporaries seem to be delighting in acting like spoiled brats, flaunting the law and behaving as if the law – or ordinary morals – do not apply to them; and they are trying to drag our children straight to Hell with them. There is one more lyric in “We Can’t Stop” to which these celebrity whores need to pay more attention: “Remember only God can judge ya.”

That is very true. He will.