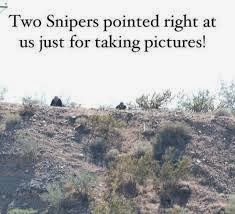 Las Vegas Metropolitan Police sheriff Doug Gillespie must have seen the writing on the wall, especially after the latest lambasting he received at a Bunkerville town hall meeting with people criticizing his lack of involvement and dereliction of duty in protecting the citizens that elected him in the Cliven Bundy standoff with the Bureau of Land Management, where resident’s calls for help and pleas for protection went ignored.

Quote below via a previous article:

“I called Metro, and their exact words to me were, ‘It’s the BLM and Cliven Bundy’s problem,’ — and I should take it up with one of those two. There are my children and my community, and if Metro doesn’t have the guts to come out and protect us — what are you here for? What are we paying you guys for?” another resident said.

Gillespie just dropped what Las Vegas Sun is calling a “bomb,” by announcing he won’t be seeking a third term, but will serve out his present term. By all accounts this was an unexpected announcement.

He must have seen the writing on the wall.