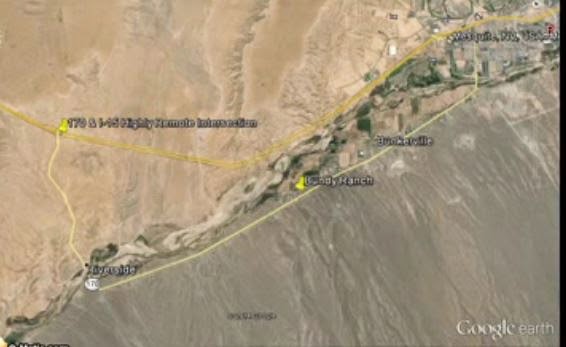 The video below is a must-see as YouTube uploader 0407Anonymous produces evidence that the Bunkerville, Nevada area along with the Bundy Ranch, that was the site of the massive range war where Cliven Bundy supporters and militia members from across the country forced the federal agents from the Bureau of Land Management (BLM) to back off and return Bundy’s cattle after rounding them up, killing many, leaving mass cattle graves after slaughtering them, has been pre-slated for development, which is why the Feds are attempting to force him off HIS land, in any way they can.

It has nothing to do with grazing fees and the video below proves it.

The property surrounding the Bundy Ranch runs parallel to an “interstate intersection” which loops right back through Mesquite, Nevada, through Bunkerville and through Bundy land, ALREADY built but not utilized because the “last rancher standing” aka Cliven Bundy, won’t give up land that has been in his family since to 1800s.

Cross posted to Before It’s News