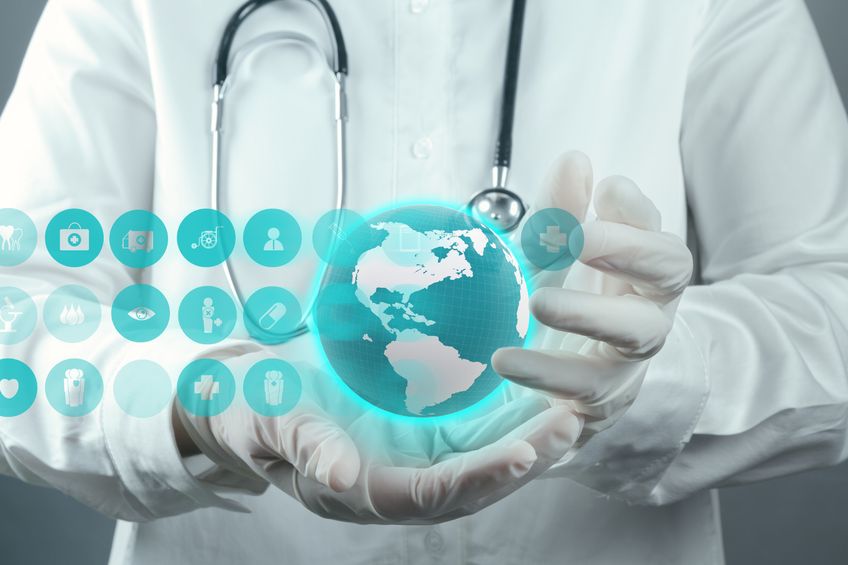 Truth becomes treason in an empire of lies. Attacks against health web sites like yours truly and others, and our readers—yes, that would be you—are rapidly escalating.

Thinly veiled threats are issued not just by industry spokespersons (many of whom hide their industry ties from their readers), but also international organizations like UNICEF. It’s become very evident, very quickly, that now more than ever, we need your support to counter the increasingly dirty tactics of these industry players.

Simply by reporting the scientific evidence—which is published in peer-reviewed journals, mind you—I’ve been labeled as a top “anti-vaccine influencer” for my pro-safety stance on vaccines, and a “media supporter of domestic eco-terrorists” for my reporting on the hazards of Roundup and genetically engineered foods.

A recently published report1 by the United Nations Children’s Fund (UNICEF) reveals that the organization is tracking “the rise of online pro-vaccine safety sentiments in Central and Eastern Europe,” and has identified the most influential pro-vaccine safety influencers” on the web.

UNICEF included me on the list, along with other independent health websites like GreenMedInfo.com, Mothering.com and NaturalNews.com, just to name a few. In their opening reference, they use a quote by Mark Twain that reads:

“A lie can travel halfway around the world while the truth is putting on its shoes.”

Clearly, UNICEF is inferring that I and other vaccine-safety advocates are lying about the situation and therefore should be ignored. This would be hilarious if it wasn’t so serious.

Here we have an international organization supposedly dedicated to children’s health and wellbeing, and instead of addressing the ample scientific evidence showing the potential harm of vaccines, they’re entering into ever-deepening partnerships with vaccine company giants like Merck2 and GlaxoSmithKline3 (GSK).

They spend precious time and resources on public relations schemes to convince you to ignore any science that raises questions about the wisdom of “carpet-bombing” infants’ and young children’s immune systems with potentially harmful vaccines.

This is especially disturbing because Merck has been involved in numerous criminal scandals and class-action lawsuits in recent years, including fraudulently marketing its deadly drug Vioxx; lying about the true efficacy of its mumps vaccine.

Additionally, they engaged in scientific fraud (a charge brought by its own scientists); and hiding critical side effects associated with its osteoporosis drug Fosamax, just to name a few of the most publicized.

Even more shocking, in 2009, it was revealed that Merck actually had a hit list of doctors to be “neutralized” or discredited for voicing critical opinions about the pain killer Vioxx—a drug that indeed ended up killing more than 60,000 people before it was pulled from the market.

Two years later, in 2011, the company ended up pleading guilty to a criminal charge over the fraudulent marketing and sales of this deadly drug.4 But sure, let’s listen to UNICEF and trust the guys who go so far as to threaten the lives of those who question the safety of a very factually dangerous drug. Then there’s GSK, whose leadership among corporate criminals is illustrious indeed.

Not only was GSK found guilty in the largest health fraud settlement in US history just last year, for which they were fined $3 billion. A couple of months ago, Chinese authorities accused the company of bribery and illegal marketing schemes. Chinese police claim to possess evidence showing that bribery has been a “core part” of GSK China’s business model since 2007.

Doctors and government officials are said to have received perks such as travel, cash, and sexual favors that when combined, amounted to nearly $5 billion, according to some reports. The company allegedly used travel agencies as middlemen to carry out these illegal acts. Four Chinese GSK executives have so far been detained on charges of cash and sexual bribery.

GSK also spent more than 10 years covering up information that proved they knew about the serious health dangers of their blockbuster diabetes drug Avandia, as it would adversely affect sales. While carousing with the true liars and criminals, UNICEF deems it fitting to paint me and other health journalists as the liars; the ones leading you astray.

Little does UNICEF realize that by publicizing a list of monitored “vaccine influencers”—the health reporters who stick pegs in the wheels of their crafty PR schemes by publishing all those studies the vaccine industry would rather see buried—they’ve basically given you a Who’s Who of real vaccine information.

Maybe we should thank them rather than rail against their poor judgment? As stated by Sayer Ji5 of Greenmedinfo.com, who was also targeted in the report:

“[W]hile the document purports to be analytical and descriptive, it has proscriptive and defamatory undertones, and only thinly conceals an agenda to discredit opposing views and voices. UNICEF’s derogatory stance.

This is all the more surprising considering that websites such as GreenMedinfo.com aggregate, disseminate and provide open access to peer-reviewed research on vaccine adverse effects and safety concerns extracted directly from the US National Library of Medicine, much of which comes from high-impact journals.”

Another recent article, published in Forbes Magazine,6 really ups the ante of the attack on health journalists and their readers with the headline: ” Domestic Eco-Terrorism Has Deep Pockets. And Many Enablers.” The article, written by Jay Byme and Henry I.Miller, reads in part:

“In recent years, [eco]terrorists have attempted to gain sympathy and “justification” for their actions by means of disinformation campaigns that relentlessly smear the safety and utility of genetic engineering applied to agriculture… “Frankenfood” headlines may sell newspapers and organic food, but this kind of “black marketing” — enhancing the perceived value of your products by disparaging those of your competitors – can also encourage serious criminal acts.

…There exists in this country a vast, well-established, highly professional, protest industry fueled by special interest groups seeking to line their own pockets… Anti-genetic engineering campaigns are openly funded and promoted by mainstream organic food marketers like Gary Hirshberg, the chairman of Stonyfield Organic, and alternative health and food-supplement hucksters Joe Mercola and Mike Adams — all cynical fear-profiteers who benefit from increased consumer mistrust in their competitors’ products… The ultimate objective, of course, is to sell more overpriced, overrated organic food…

One result of the widely disseminated disinformation effort is an environment that provides encouragement to extremists who commit criminal acts. It comes from the Facebook and Twitter followers of the genetic engineering conspiracy theorists, organic marketers and “right to know” labeling activists… Against the backdrop of this fear-mongering, hate-speech and support for acts of terror toward legal, highly regulated, safe and societally valuable R&D, we should condemn not only the perpetrators themselves but also their corporate and media enablers.”

Alright, now that we’ve been labeled as “enablers of domestic eco-terrorism” as well—again by simply reporting on research that is published in peer-reviewed journals and interviewing educated researchers and professionals in the field—let’s take a look at who’s behind the name calling. The first author of this hit-piece is Jay Byrne, whose author’s bio identifies him as president of v-Fluence Interactive Public Relations, Inc. Why does Mr. Byrne fail to mention in his bio that he was a former Monsanto executive?

Jay Byrne actually headed up corporate communications for Monsanto Company from 1997 to 2001. And this piece is nothing if not a corporate communication; clearly, there are persistent ties there. How nice for Monsanto to be able to call up their old communications director and have him pen a totally impartial article warning you of your eco-terrorism ties and contributions, should you decide to support a GMO labeling campaign. Back in 2001, Jay Byrne also made the following statement, which is more than a little telling:

“Imagine the internet as a weapon, sitting on a table. Either you use it or your opponent does, but somebody’s going to get killed.”

Byrne’s company v-Fluence Interactive Public Relations7 is also a thinly veiled arm of big Biotech. According to Byrne, “traditionally produced foods and agricultural practices are under attack… Leveraging such issues as pesticides, GMOs, hormones, antibiotics, Mad Cow disease, CAFOs and trade concerns linked to risk factors (human health, environmental risks and consumer choices/controls).” If that’s not a statement taken right out of Big Biotech’s playbook, I don’t know what is. He’s certainly not speaking with any concern for your health and wellbeing.

Perhaps Jay would like to address the recent contamination of alfalfa and wheat exports. While it was just recently approved for commercial use, it was already found in contaminated and rejected exports sending yet another shock to countries who require labeling or reject genetically engineered crops. Monsanto is single-handedly destroying farmer’s export markets by genetically polluting and contaminating our entire agriculture.