Although the ‘official’ guest list for Bilderberg has been made public through the major media for the first time  this year, the real interest will be in who is NOT on the list…

Today’s Bilderberg coverage which was streamed live on the Guerilla Media Network, saw the UK’s Liberty Tactics team reveal from reports on the ground in Watford that both Hillary Clinton and her husband, former US President Bill Clinton, were spotted entering Bilderberg’s Grove Hotel today, along with luminaries David Rockefeller and Henry Kissenger.

Both the jet-setting Clintons were also present at Kissenger’s 90th birthday party this past Monday night in New York City.

James Britpod from Liberty Tactics explains about Bilderberg’s non-guestlisters who have been spotted, “We do have Hillary, Bill, as well as quite a lot of others”.

Sadly, American Free Press veteran journalist Jim Tucker passed away in April, but as was revealed on Guerilla Media’s live stream today, Tucker’s baton has been passed to his fellow reporter Mark Anderson, including old and new inside contacts within the Bilderberg organisation itself.

When asked about the difficulty in seeing Bilderberg VIP’s through the parade of tinted windows, journalist Anderson aptly explained how, “The dark windows match the dark personalities inside”. 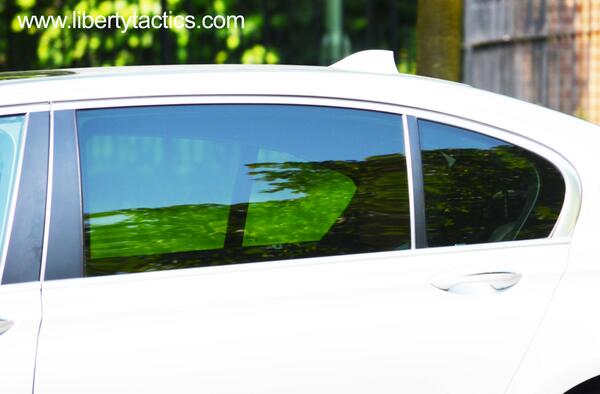 www.globalresearch.ca contains copyrighted material the use of which has not always been specifically authorized by the copyright owner. We are making such material available to our readers under the provisions of “fair use” in an effort to advance a better understanding of political, economic and social issues. The material on this site is distributed without profit to those who have expressed a prior interest in receiving it for research and educational purposes. If you wish to use copyrighted material for purposes other than “fair use” you must request permission from the
copyright owner.