As the secret state continues trawling the electronic communications of hundreds of millions of Americans, lusting after what securocrats euphemistically call “actionable intelligence,” a notional tipping point that transforms a “good” citizen into a “criminal” suspect, the role played by telecommunications and technology firms cannot be emphasized enough.

Ever since former NSA contractor Edward Snowden began leaking secrets to media outlets about government surveillance programs, one fact stands out: The zero probability these privacy-killing projects would be practical without close (and very profitable) “arrangements” made with phone companies, internet service providers and other technology giants. 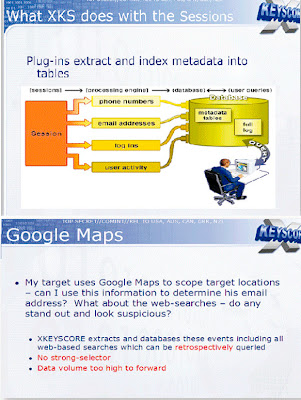 Indeed, a top secret NSA Inspector General’s report published by The Guardian, revealed that the agency “maintains relationships with over 100 US companies,” adding that the US has the “home field advantage as the primary hub for worldwide telecommunications.”

Similarly, the British fiber optic cable tapping program, TEMPORA, referred to telcos and ISPs involved in the spying as “intercept partners.” The names of the firms were considered so sensitive that GCHQ “went to great lengths” to keep their identities hidden, fearing exposure “would cause ‘high-level political fallout’.”

With new privacy threats looming on the horizon, including what CNET described as ongoing efforts by the FBI and NSA “to obtain the master encryption keys that Internet companies use to shield millions of users’ private Web communications from eavesdropping,” along with new government demands that ISPs and cell phone carriers “divulge users’ stored passwords,” can we trust these firms?

And with Microsoft and other tech giants, collaborating closely with “US intelligence services to allow users’ communications to be intercepted, including helping the National Security Agency to circumvent the company’s own encryption,” can we afford to?

Ever since retired union technician Mark Klein blew the lid off AT&T’s secret surveillance pact with the US government in 2006, we know user privacy is not part of that firm’s business model.

The technical source for the Electronic Frontier Foundation’s lawsuit, Hepting v. AT&T and the author of Wiring Up the Big Brother Machine, Klein was the first to publicly expose how NSA was “vacuuming up everything flowing in the Internet stream: e-mail, web browsing, Voice-Over-Internet phone calls, pictures, streaming video, you name it.”

We also know from reporting by USA Today, that the agency “has been secretly collecting the phone call records of tens of millions of Americans” and had amassed “the largest database ever assembled in the world.”

Three of those data-slurping programs, UPSTREAM, PRISM and X-KEYSCORE, shunt domestic and global communications collected from fiber optic cables, the servers of Apple, Google, Microsoft and Yahoo, along with telephone data (including metadata, call content and location) grabbed from AT&T, Sprint and Verizon into NSA-controlled databases.

But however large, a database is only useful to an organization, whether its a corporation or a spy agency, if the oceans of data collected can be searched and extracted in meaningful ways.

To the growing list of spooky acronyms and code-named black programs revealed by Edward Snowden, what other projects, including those in the public domain, are hiding in plain sight?

Add Google’s BigTable and Yahoo’s Hadoop to that list. Both are massive storage and retrieval systems designed to crunch ultra-large data sets and were developed as a practical means to overcome “big data” conundrums.

According to the Mountain View behemoth, “BigTable is a distributed storage system for managing structured data that is designed to scale to a very large size: petabytes of data across thousands of commodity servers.” Along with web indexing, Google Earth and Google Finance, BigTable performs “bulk processing” for “real-time data serving.”

Down the road in Sunnyvale, Yahoo developed Hadoop as “an open source Java framework for processing and querying vast amounts of data on large clusters of commodity hardware.” According to Yahoo, Hadoop has become “the industry de facto framework for big data processing.” Like Google’s offering, Hadoop enable applications to work with thousands of computers and petabytes of data simultaneously.

Prominent corporate clients using these applications include Amazon, AOL, eBay, Facebook, IBM, Microsoft and Twitter, among many others.

Who might also have a compelling interest in cataloging and searching through very large data sets, away from prying eyes, and at granular levels to boot? It should be clear following Snowden’s disclosures, what’s good for commerce is also a highly-prized commodity among global eavesdroppers.

Despite benefits for medical and scientific researchers sifting through mountains of data, as Ars Technica pointed out BigTable and Hadoop “lacked compartmentalized security” vital to spy shops, so “in 2008, NSA set out to create a better version of BigTable, called Accumulo.”

Developed by agency specialists, it was eventually handed off to the “non-profit” Apache Software Foundation. Touted as an open software platform, Accumulo is described in Apache literature as “a robust, scalable, high performance data storage and retrieval system.”

“The platform allows for compartmentalization of segments of big data storage through an approach called cell-level security. The security level of each cell within an Accumulo table can be set independently, hiding it from users who don’t have a need to know: whole sections of data tables can be hidden from view in such a way that users (and applications) without clearance would never know they weren’t there,” Ars Technica explained.

The tech site Gigaom noted, Accumulo is the “technological linchpin to everything the NSA is doing from a data-analysis perspective,” enabling agency analysts to “generate near real-time reports from specific patterns in data,” Ars averred.

“For instance, the system could look for specific words or addressees in e-mail messages that come from a range of IP addresses; or, it could look for phone numbers that are two degrees of separation from a target’s phone number. Then it can spit those chosen e-mails or phone numbers into another database, where NSA workers could peruse it at their leisure.”

(Since that Ars piece appeared, we have since learned that NSA is now conducting what is described as “three-hop analysis,” that is, three degrees of separation from a target’s email or phone number. This data dragnet “could allow the government to mine the records of 2.5 million Americans when investigating one suspected terrorist,” the Associated Press observed).

“In other words,” Ars explained, “Accumulo allows the NSA to do what Google does with your e-mails and Web searches—only with everything that flows across the Internet, or with every phone call you make.”

Armed with a “dual-use” program like Accumulo, the dirty business of assembling a user’s political profile, or shuttling the names of “suspect” Americans into a national security index, is as now easy as downloading a song from iTunes!

And it isn’t only Silicon Valley giants cashing-in on the “public-private” spy game.

Just as the CIA-funded Palantir, a firm currently valued at $8 billion and exposed two years ago as a “partner” in a Bank of America-brokered scheme to bring down WikiLeaks, profited from CIA interest in its social mapping Graph application, so too, the NSA spin-off Sqrrl, launched in 2012 with agency blessings, stands to make a killing off software its corporate officers helped develop for NSA.

Co-founded by nine-year agency veteran Adam Fuchs, Sqrrl sells commercial versions of Accumulo and has partnered-up with Amazon, Dell, MapR and Northrop Grumman. According to published reports, like other start-ups with an intelligence angle, Sqrrl is hoping to hook-up with CIA’s venture capital arm In-Q-Tel.

Its obvious why the application is of acute interest to American spy shops. Fuchs told Gigaom that Accumulo operates “at thousands-of-nodes scale” within NSA data centers.

“There are multiple instances each storing tens of petabytes (1 petabyte equals 1,000 terabytes or 1 million gigabytes) of data and it’s the backend of the agency’s most widely used analytical capabilities.”

Accumulo’s analytical functions work because of its ability to perform lightning-quick searches called “graph analysis,” a method for uncovering unique relationships between people hidden within vast oceans of data.

According to Forbes, “we know that the NSA has successfully tested Accumulo’s graph analysis capabilities on some huge data sets—in one case on a 1200 node Accumulo cluster with over a petabyte of data and 70 trillion edges.”

Considering, as Wired reported, that “on an average day, Google accounts for about 25 percent of all consumer internet traffic running through North American ISPs,” and the Mountain View firm allowed the FBI and NSA to tap directly into their central servers as The Washington Post disclosed, the negative impact on civil rights and political liberties when systems designed for the Pentagon are monetized, should be evident.

Once fully commercialized, how much more intrusive will employers, marketing firms, insurance companies or local and state police with mountains of data only a mouse click away, become?

The sheer scope of NSA programs such as UPSTREAM, PRISM or X-KEYSCORE, exposed by the Brazilian daily, O Globo should give pause.

A crude illustration (at the top of this post), shows that all data collected in X-KEYSCORE “sessions” are processed in petabyte scale batches captured from “web-based searches” that can be “retrospectively” queried to locate and profile a “target.”

This requires enormous processing power; a problem the agency may have solved with Accumulo or similar applications.

Once collected, data is separated into digestible fragments (phone numbers, email addresses and log ins), then reassembled at lightning speeds for searchable queries in graphic form. Information gathered in the hopper includes not only metadata tables, but the “full log,” including what spooks call Digital Network Intelligence, i.e., user content.

And while it may not yet be practical for NSA to collect and store each single packet flowing through the pipes, the agency is already collecting and storing vast reams of data intercepted from our phone records, IP addresses, emails, web searches and visits, and is doing so in much the same way that Amazon, eBay, Google and Yahoo does.

As the volume of global communications increase each year at near exponential levels, data storage and processing pose distinct problems.

Indeed, Cisco Systems forecast in their 2012 Visual Networking Index that global IP traffic will grow three-fold over the next five years and will carry up to 4 exabytes of data per day, for an annual rate of 1.4 zettabytes by 2017.

This does much to explain why NSA is building a $2 billion Utah Data Center with 22 acres of digital storage space that can hold up to 5 zettabytes of data and expanding already existing centers at Fort Gordon, Lackland Air Force Base, NSA Hawaii and at the agency’s Fort Meade headquarters.

Additionally, NSA is feverishly working to bring supercomputers online “that can execute a quadrillion operations a second” at the Multiprogram Research facility in Oak Ridge, Tennessee where enriched uranium for nuclear weapons is manufactured, as James Bamford disclosed last year in Wired.

As the secret state sinks tens of billions of dollars into various big data digital programs, and carries out research on next-gen cyberweapons more destructive than Flame or Stuxnet, as those supercomputers come online the cost of cracking encrypted passwords and communications will continue to fall.

Stanford University computer scientist David MaziÃ¨res told CNET that mastering encrypted communications would “include an order to extract them from the server or network when the user logs in—which has been done before—or installing a keylogger at the client.”

This is precisely what Microsoft has already done with its SkyDrive cloud storage service “which now has 250 million users worldwide” and exabytes of data ready to be pilfered, as The Guardian disclosed.

One document “stated that NSA already had pre-encryption access to Outlook email. ‘For Prism collection against Hotmail, Live, and Outlook.com emails will be unaffected because Prism collects this data prior to encryption’.”

Call the “wrong” person or click a dodgy link and you might just be the lucky winner of a one-way trip to indefinite military detention under NDAA, or worse.

What should also be clear since revelations about NSA surveillance programs began spilling out last month, is not a single ruling class sector in the United States—including corporations, the media, nor any branch of the US government—has the least interest in defending democratic rights or rolling-back America’s emerging police state.