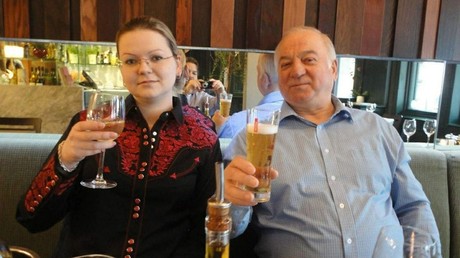 Yulia Skripal has refused contact with the Russian Embassy and her Moscow-based cousin, Viktoria, and asked for no one else to speak on her behalf, in a statement released by Scotland Yard after she was discharged from hospital.

Despite leaving Salisbury hospital on Monday, Skripal said that she is “still suffering with the effects of the nerve agent used against us,” adding that her father, former double agent Sergei, is still “seriously ill.”

“I find myself in a totally different life than the ordinary one I left just over a month ago, and I am seeking to come to terms with my prospects, whilst also recovering from this attack on me,” the statement said.

Skripal, a Russian citizen, said that she has been given contacts at the Russian Embassy in the UK, but said that at “the moment I do not wish to avail myself of their services,” adding that “if I change my mind I know how to contact them.”

Explaining that she is “not strong enough to give a full interview to the media,” Skripal insisted “that no one speaks for me, or for my father, but ourselves.” She specifically asked her cousin, Viktoria, who has appeared extensively on Russian television and requested to see Yulia through diplomatic channels, “not to visit me or try to contact me,” underlining that “her opinions and assertions are not mine and they are not my father’s.”