A UK study has suggested that young people are more obsessed with attaining perfection than ever before. The study indicates that three decades of neoliberalism, forcing the young to compete against one another, may be to blame.

The study, conducted by Thomas Curran and Andrew Hill from the Universities of Bath and York respectively, has revealed that today’s young people are 33 percent more likely to believe that others are judging them harshly than previous generations. The study noted that the youngsters’ environment is excessively demanding.

The 27-year long study, which analyzed the thoughts and feelings of 41,641 American, Canadian, and British college students, explores the extent to which young people place an extreme, even irrational degree of importance on perfection – resulting in a generation of highly self-critical people who have unrealistic expectations of themselves. The study shows that these habits have increased by 10 percent compared with previous generations.

Dr Curran, from the University of Bath’s Department for Health, led the study. He told the Telegraph he hoped policymakers and organizations responsible the welfare of young people, such as schools and universities, would “resist the promotion of competitiveness at the expense of young people’s psychological health.” 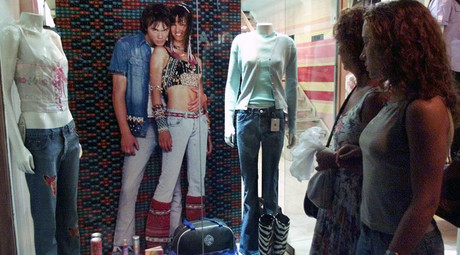 “Rising rates of perfectionism highlighted in this study coincide with three decades of neoliberalism, which has compelled young people to compete against each other within increasingly demanding social and economic parameters,” Dr Curran said.

“The increase in mental health difficulties among young people makes for a compelling backdrop for our findings,” Hill said.

“It may be that a higher level of perfectionism is a key contributing factor to such difficulties.

“Young people are trying to find ways to cope with a sense of increasing demands being placed on them and they are responding by becoming more perfectionistic towards themselves and others.”