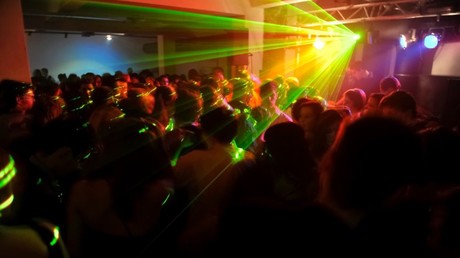 CCTV footage of the violent incident was captured inside a Plattsburgh, New York nightclub on October 20. It shows how clubber Kierah Lagrave was standing at the Five1Eight Nightclub bar when she received a pat on the bottom by a female companion.

However, Lagrave apparently thought a passing staff member had touched her and she proceeded to choke the male bouncer unconscious.

Plattsburgh Police Department have now charged Lagrave over the strangulation. Footage of the bizarre incident reveals that the five-foot-one woman snapped her arms around the neck of the unidentified man before he collapses to the ground.

To complete the perfect storm, the bouncer claims he did not initially resist because he thought the chokehold attack was perpetrated by a friend joking around.