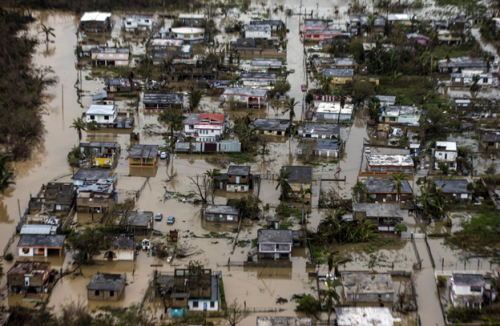 Francis Fox Piven and Richard Cloward identified and emphasized an important factor in understanding the larger political and economic forces that create the conditions in which people defy the rules of the established order and take part in popular protest. These moments of popular protect was during the Great Depression in the 1930s, when unemployment was at about one-third for the working population in the U.S., and during the 1950s and 1960 when unemployment reached depression levels for Blacks, living in segregated ghettos. For Piven and Cloward, it was the removal of employment and the disintegration of community that resulted in uprooting people from a sense of stability that comes from the routine of work. It is in these moments of catastrophic suffering that individuals find it difficult to blame themselves or God for the plight they found themselves in.

In the case of Puerto Rico, will Hurricane Maria have a similar effect? Will the removal of stability (which was always precarious) among the many poor and displaced in Puerto Rico force Puerto Ricans to confront the illusion that the conditions on the island are not their individual or collective faults, but the results of the U.S. colonial relationship? Hurricane Maria appears to be a part of the storm that has ravaged Puerto Rico since 1898.

Even before Hurricane Maria reached Puerto Rico, it had depression-like economic conditions with high unemployment and a poverty rate estimated to be at 43.5% in…