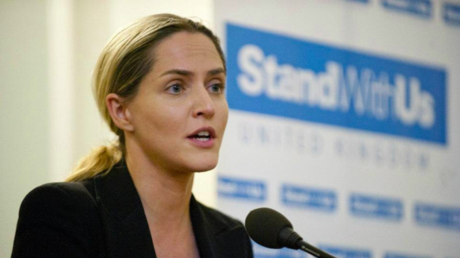 WikiLeaks has suggested it could sue prolific conspiracy theorist Louise Mensch after she tweeted that NSA whistleblower Edward Snowden had released his secret US military documents “under Putin’s direct orders.”

It all started when the American Civil Liberties Union (ACLU) tweeted a link to an interview it had conducted with Snowden about the concept of blockchains — an interview which seems to have instantly outraged Mensch, who has made a name for herself in recent years as one of Twitter’s most creative Russiagate conspiracy mongers.

Responding to the ACLU’s interview with Snowden, Mensch, a former conservative British MP, did what she does best and made everything about Russia.

What the hell is espionage against the United States committed on behalf of a homophobic fascist who kills journalists on his birthday? We asked @Snowden and his enabler @ACLU

Swooping into the ACLU’s Twitter mentions with her usual gusto, Mensch lashed out, claiming that Snowden committed espionage against the United States “on behalf of” Russian President Vladimir Putin.

In an ensuing debate with some Twitter followers, Mensch suggested with delight that Snowden “would be executed” if he ever returned home to the US from Moscow, where he now lives in exile, and reaffirmed her stance that the whistleblower had worked “under Putin’s direct orders.”

Oh no, @snowden would be executed, of that I have no doubt, were he to be tried here. He committed espionage of military secrets under Putin’s direct orders.

That prompted WikiLeaks to get involved, tweeting to Snowden directly asking if he would like them to sue this “serial fabricator.”

The threat didn’t deter Mensch, however, who responded by announcing that she was planning to publish a story on her website claiming WikiLeaks and Snowden have been “Russian assets” since 2011. In fact, she even doubled down, tweeting that the two are “essentially the same entity” and working on behalf of Moscow, a claim which WikiLeaks called “false and defamatory.”

You would have standing to sue, though, as I will HAPPILY stipulate that you and @Snowden are essentially the same entity, twin assets of the Russian state, both traitors, both working under the direction of RIS. At least @Snowden didn’t add rape to the treason and espionage.

Mensch provided no actual evidence for her theories, but typically, evidence-free rambling has been her standard.

There has been no end to the number of people and things Mensch has labelled as Russian assets and plots in recent years. The list includes US Senator Bernie Sanders, the Black Lives Matter protests in Ferguson and even Hollywood’s #MeToo movement.

In one of her strangest theories yet, Mensch claimed that Donald Trump had been stealthily impeached and replaced as president by Utah senator Orrin Hatch in a process hidden from the public.