The media wants blood after Donald Trump’s former attorney, Michael Cohen, pled guilty to making false statements to Congress. Apparently, only intelligence agencies can lie to Congress and get away with it. 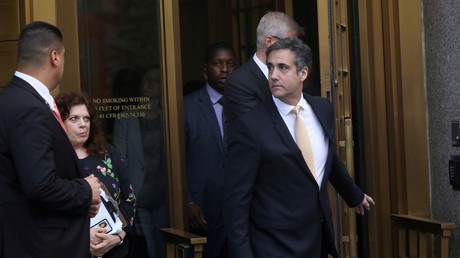 Cohen acknowledged last week that inquiries about the possibility of constructing a Trump Tower in Moscow had lasted until June 2016 – even though Trump insisted throughout his presidential campaign that he had no active business interests in Russia.

His admission has left media outlets frothing at the mouth, but how extraordinary is Cohen’s alleged fib? The former director of national intelligence, James Clapper, knowingly misled the Senate about the NSA’s warrantless domestic surveillance program – a rather consequential lie – and has emerged as an unscathed #Resistance hero.

As it turns out, there are numerous examples of intelligence officials lying to or misleading the American public and Congress.

“The press did not think that the lies told by Democratic administration members to a Republican Congress was a bad thing,” Michael Patrick Flanagan, a former Republican congressman from Illinois, told RT. And yet, the media see Cohen’s plea deal as “a very exciting thing because it could harm Mr. Trump.”

While Cohen will likely say whatever he can to avoid a long prison sentence, Robert Mueller’s special counsel investigation into alleged collusion between the Trump campaign and the Kremlin would be ill-advised to rely too heavily on the former Trump attorney, Flanagan argued.

“[Cohen] is worthless as a witness, and he’s worthless as someone you can build a case around. It won’t stop Mueller from trying, but he’s built his house on sand.”