COMMENT: Dear Martin,
I would like to share any information on the subject “The Hunt for Taxes and the Abolition of Cash” that you comment on so often:
Citi closes accounts of customers who withdraw cash instead of using credit cards The Peruvian author and journalist Jaime Bayly, who lives in Florida, comments political and arts issues in his daily TV show. Recently, he mentioned that the Miami subsidiary of Citi bank closed all his accounts because he withdraws too much cash from his account instead of using his credit card to pay his expenditures. His objection that he prefers to use cash for personal reasons was countered by the bank that he is suspicious of money laundering!

Thank you so much for your work and for maintaining a blog that I review daily with great interest,
kind regards,
U. G. 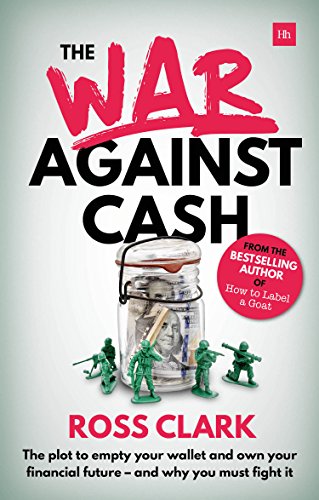 The War Against Cash: …
Ross Clark
Check Amazon for Pricing.

REPLY: What people do not realize is that the regulations being imposed upon banks all to hunt for taxes are rarely ever discussed in mainstream media. Effectively, the government has put all banks in a position where THEY must be the judge, jury, and prosecutor whereas the government could NEVERimpose such restrictions upon individuals without a Constitutional violation of Due Process of law. They force banks to be the police because you are NOT entitled to Constitutional Due Process of law when it is not a LEGAL proceeding that could result in the confiscation of your property or imprisonment. Like FATCA, they imposed regulations upon foreign banks that they MUST report WHATEVER an American does overseas and if they own more than 5% of any company they must report them to the USA or their assets will be confiscated. This is outright unethical, but no…