When the “War on Terror” was launched in 2001, mainstream media—especially cable TV news—started a parade. It was a narrow parade of hawkish retired military and intelligence brass promoting war as the response to the crime of 9/11, predicting success and identifying foreign enemies to attack.

We can look back at this parade and laugh at the total nonsense dispensed. But the more human response is to cry—over the toll, still mounting, of hundreds of thousands of civilian deaths, from Afghanistan to Iraq and beyond, and violent instability across the region, including countries that were relatively stable and prosperous on September 10, 2001. (Not to mention militarization and loss of civil liberties at home.)

The New York Times (4/20/08) exposed the practice of retired military pundits taking money from the arms makers whose weapons they tout.

I witnessed the parade of disinformation from inside cable news, where I worked as an on-air contributor at Fox News and MSNBC at the beginning of the War on Terror. In fact, this parade eventually knocked me off the air—and out of my job at MSNBC, three weeks before the US invasion of Iraq.

It’s now the 15th anniversary of the tragic invasion of Iraq. The huge mainstream media failure in the run-up to the invasion is taught in college journalism courses, including mine.

Who can forget CNN’s chief news executive boasting that, before the Iraq invasion, he’d sought prior approval and received “a big thumbs up” from the Pentagon on the ex-generals that CNN featured as allegedly independent analysts?

Who can forget David Barstow’s 2008 Pulitzer Prize–winning expose for the New York Times (4/20/08)—based on 8,000 pages of internal Pentagon emails and transcripts—showing that network TV’s  hawkish retired generals were not only being paid by big military contractors, but were being spoon-fed talking points and spin by the Pentagon, month after month as they paraded on TV? 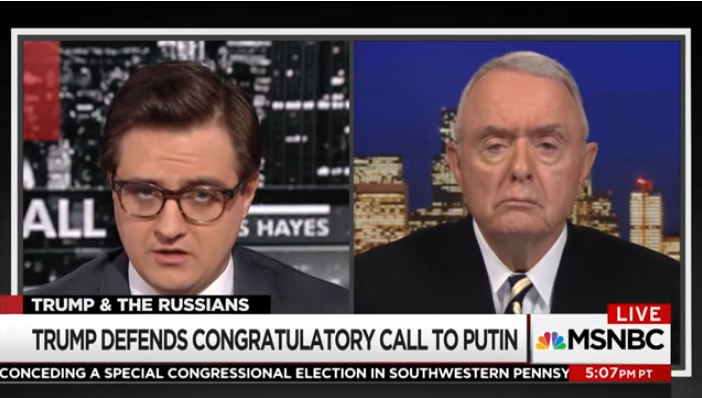 Who can forget that NBC/MSNBC’s top military analyst, ex-Gen. Barry McCaffrey, relentlessly pushed for war based on falsehoods—like warning of “thousands of gallons of mustard agents, sarin, nerve agent VX still in Iraq”; offered continuously ridiculous punditry (like praising Defense Secretary Rumsfeld’s advance planning of the Iraq occupation); and famously crowed on MSNBC, “Thank God for the Abrams tank and the Bradley fighting vehicle”—without mentioning his role at military contractor IDT that made millions for doing God’s work on the Abrams and Bradley?

Who can forget all these things?

I turned on the “progressive” news channel a few nights ago to see Chris Hayes politely interviewing General McCaffrey. Did Hayes—during the week marking the 15th anniversary of the invasion of Iraq—press McCaffrey on his role in that disaster? Perhaps demand an explanation or an apology? No. The topic was Trump’s weird attraction to Putin. That’s a worthy topic. But Barry McCaffrey as expert and arbiter! Still?

Just as they did in the lead-up to the Iraq invasion, MSNBC and CNN now serve up a steady parade of war-hawks, spies and liars, presenting them as credible and almost heroic as long as they criticize the despicable man in the White House. 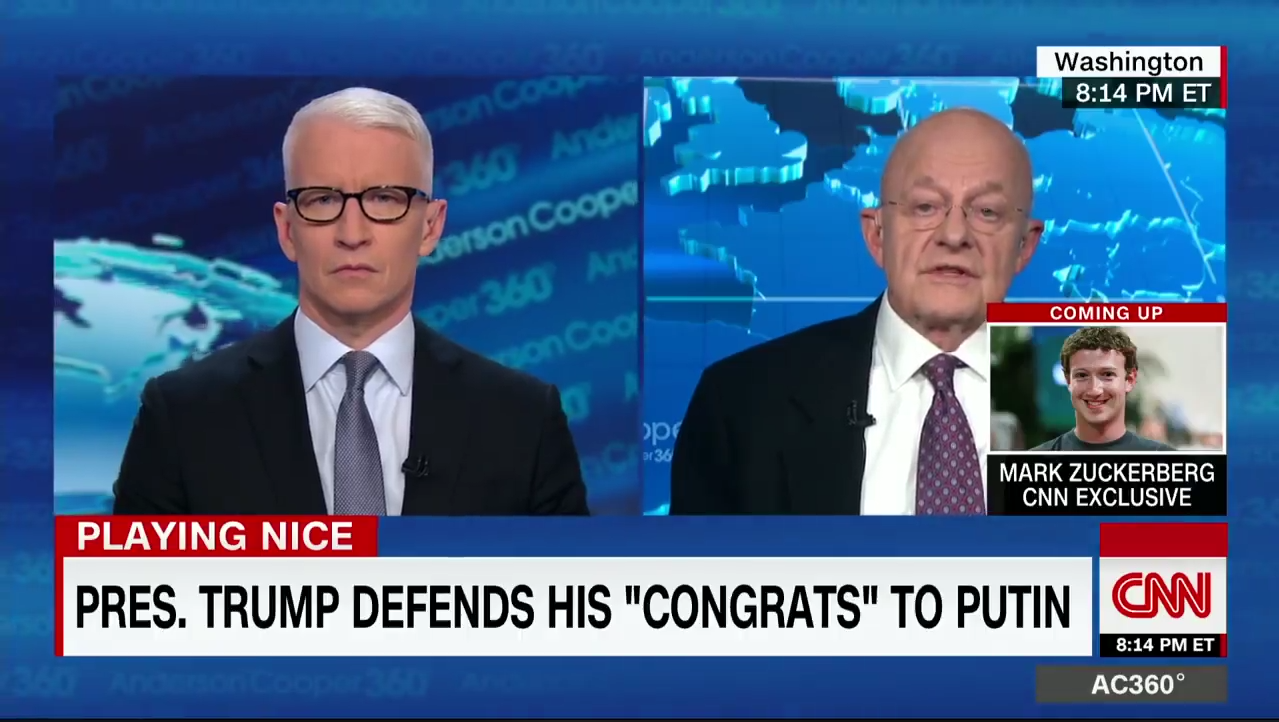 I’d turned to MSNBC that night after disgustedly turning off Anderson Cooper softly interviewing a CNN contributor who seems to appear every hour: ex-National Intelligence Director James Clapper. You remember Clapper? Five years ago this month, Clapper infamously perjured himself before the US Senate by denying NSA bulk surveillance. His perjury is not a topic that CNN asks Clapper about—while he discusses the lack of ethics and honesty in Team Trump.

When it comes to Trump critics, CNN and MSNBC regularly serve up a basket of elite deplorables from the military/intelligence establishment—for example, the appalling ex-CIA Director John Brennan and horrific former acting CIA Director John McLaughlin. The hollowness of their Trump critique on “liberal cable news” was on display last week when both men endorsed Trump’s choice for CIA chief, torture-overseer Gina Haspel.

I’m worried about anti-Trump activists, even some quite progressive, who’ve come to see corporate news channels like CNN and MSNBC as their saviors. It’s a dangerous illusion.

A few points to consider:

When you hear nightly on CNN and MSNBC about Putin’s “attack on our democracy,” let’s not forget that—whatever impact Russia had on the 2016 election (evidence so far suggests it was small)—“our democracy” has been under attack for decades by internal enemies: big money control of both major parties, corporate media dominance, Democratic subservience to Wall Street, Republican suppression of voters of color and youth, an archaic election system protected by both parties, etc.

I would like to see even 10 percent of MSNBC’s “Russiagate” coverage diverted to any of the above issues, but I’m not holding my breath. Nor am I waiting for the Comcast-owned channel to offer thorough coverage of Trump’s biggest threat to the First Amendment: his FCC’s attack on Net Neutrality (FAIR.org, 8/18/17, 12/14/17).

All progressives should agree that an essential task is to end Republican control of Congress and depose Trump.

Yet the fight for justice and democracy will also require battles against powerful and oppressive institutions that may now seem to be anti-Trump: certain media conglomerates and the military-industrial-surveillance complex.

A version of this piece originally appeared on Common Dreams (3/26/18).