Adam Johnson (FAIR.org, 10/21/17) called the “Woman in Chador Walks by Anti-US Mural” image  “one of the most overused and toxic stock photos.” Documenting its ubiquity in online US coverage of Iran, Johnson argued that the cliche photo of “one or two Iranian women clad in black chadors, faces usually barely visible, walking past a mural of the Statute of Liberty with a skull face” was intended “to lazily tie together US-bashing and perceived subjugation of women, reinforcing the image of Iran as a country defined by misogyny and seething hate for the West.”

Iran is big in the news now, as the Trump administration pulls out of the multinational agreement about Iran’s nuclear energy program and generally tries to ramp up hostility toward Tehran (FAIR.org, 5/9/18). And so we’re once again seeing a raft of news reports illustrated with photos whose essential visual message is that Iran hates freedom. 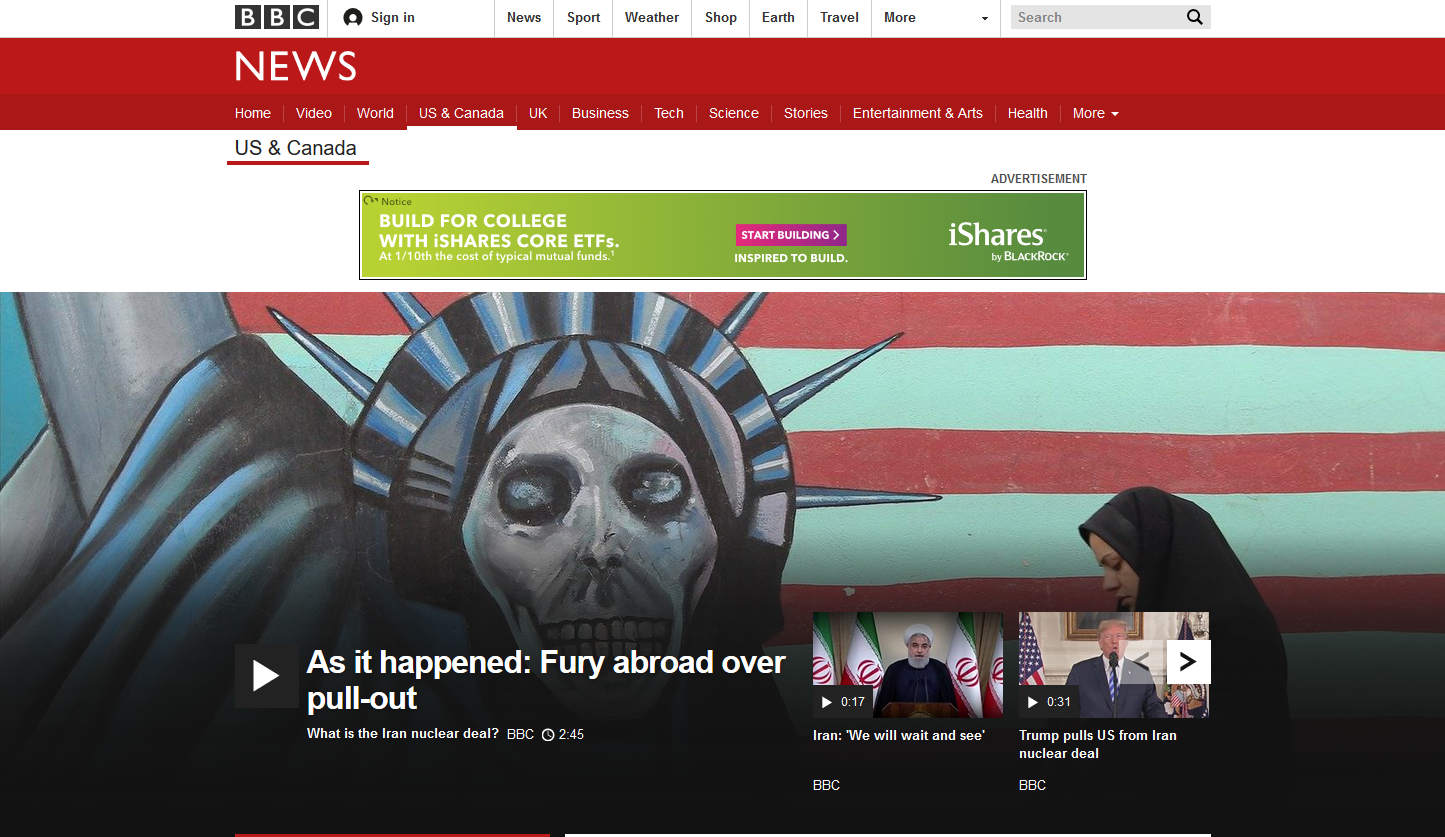 Here’s Forbes (5/9/18) mixing it up by having a man in the foreground walking the other way: 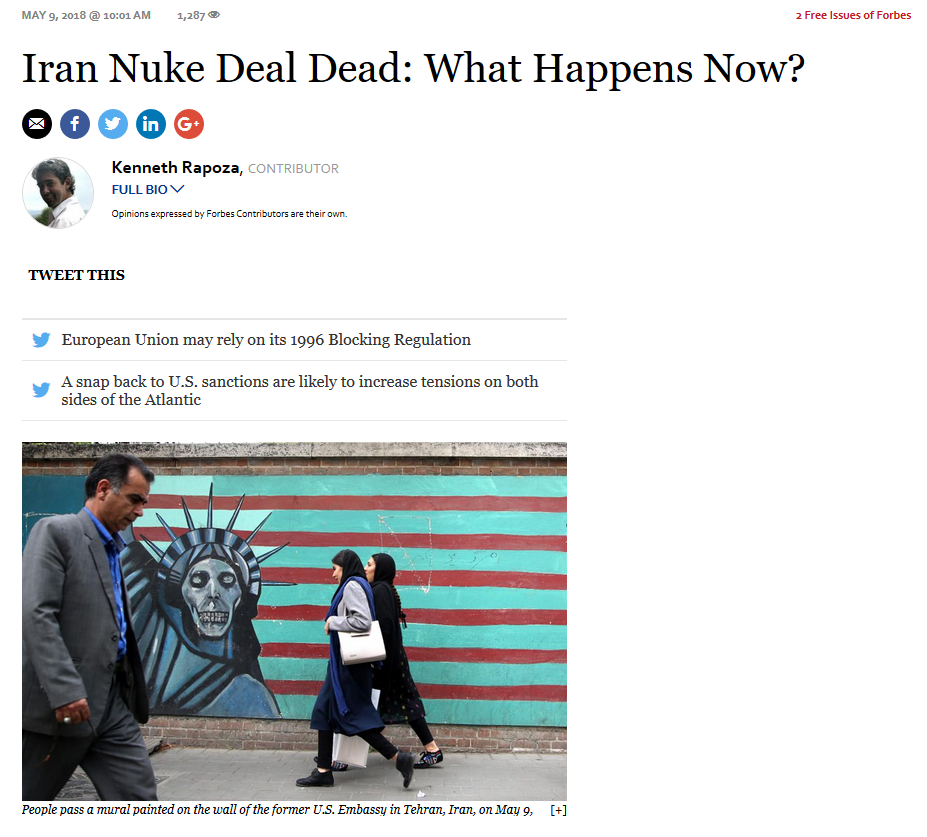 In a bold move, this Atlantic story (5/5/18) featured an Iranian man wearing Western clothing walking in front of the Statue of Liberty monster: 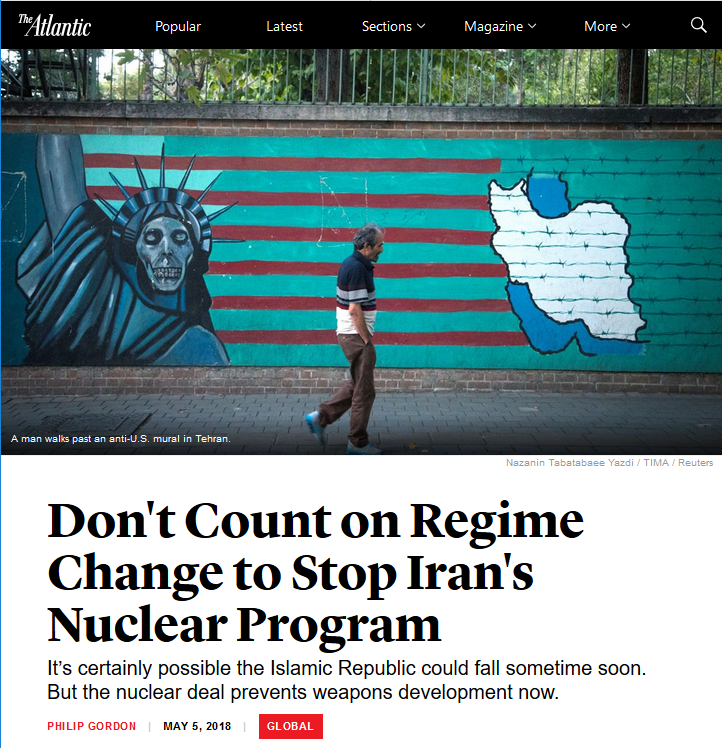 This AP story that ran in the Tampa Bay Times (5/8/18) gave the Iranian woman an orange scarf and a dog: 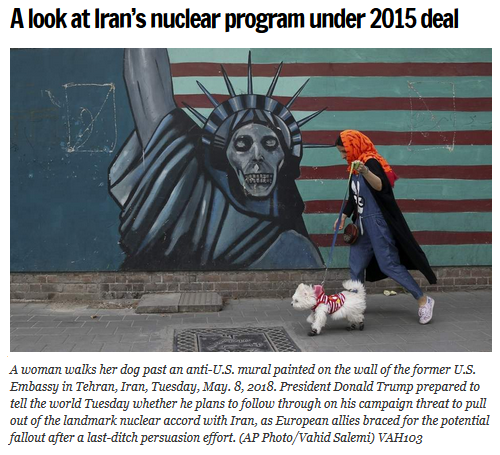 The New York Times (5/8/18) found a different mural for the Iranian women to walk in front of—this one featuring Ayatollah Ruhollah Khomeini, one of the world leaders most thoroughly demonized in US media: 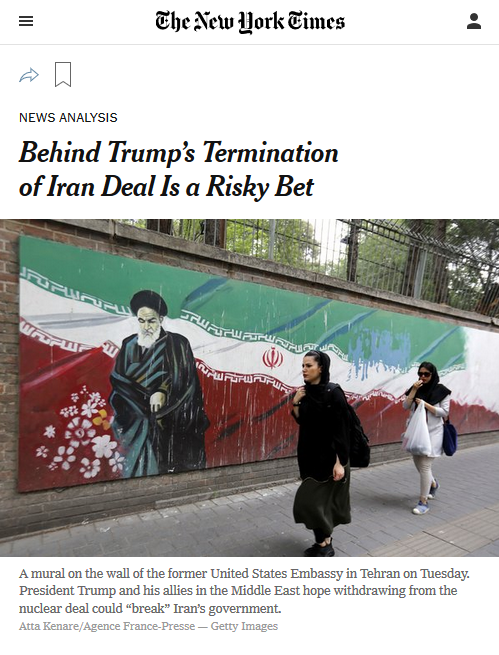 Honestly, it really is past time to retire this cliché.