US President Donald Trump says that he sees no alternative to himself gracing TIME magazine covers when it picks the person of the year. It has been two years since Trump first received the prestigious title. 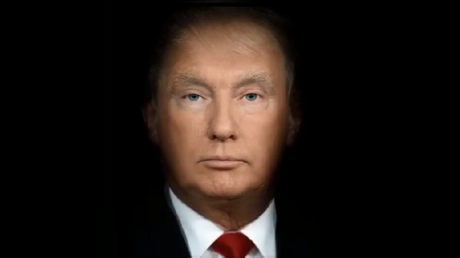 With little more than a month left until the end of one of the most tumultuous years in US politics, the time has come to draw conclusions. TIME magazine has chosen a Man of the Year since 1927, the title having been changed to Person of the Year in 1999. Mark Zuckerberg, Angela Merkel, Vladimir Putin, Pope Francis, Joseph Stalin, Adolf Hitler, Barack Obama (twice) and Trump himself are all among the previous recipients.

TIME itself says it’s not an award, merely a way to designate a person with powerful influence “for better or for worse.” Nonetheless, it has generally been regarded as an honor for those selected.

Asked on Tuesday about who he thought deserves this year’s title, Trump said he could not imagine it being anyone else… and even referred to himself in the third person.

None of the reporters ventured to answer.

Trump, who has a well-known distaste for establishment media, has developed a kind of obsession with TIME in particular. Framed fake copies of the magazine where he is featured on the cover were spotted in at least eight golf clubs belonging to the real estate mogul-turned politician, including at his posh Mar-a-Lago estate. TIME has even asked the Trump organization to remove the phony copies. Some of them have reportedly been taken down.

The list of Trump’s embarrassments linked to the renowned magazine does not end there. Last year, Trump bragged before CIA employees that he might hold the all-time record for the number appearances on the cover of TIME having been featured 22 times. A quick fact check, however, shows that his record pales in comparison with fellow US Presidents Richard Nixon, Ronald Reagan or Bill Clinton.

Last year’s selection was also marred by a scandal starring Trump after the President claimed he was told by TIME he could “probably” be chosen for Person of the Year and was asked to sit down for an interview. Trump claimed that he snubbed the magazine because “probably” was not the word he wanted to hear. TIME, however, debunked the story as a “total BS,” sparking a barrage of mockery toward the “sore loser”.

In 2017, TIME chose the “Silence Breakers”, women who spoke out about sexual abuse, as its collective Person of the Year.