FAIR was relentless in calling out corporate media’s blatant disregard for the war in Yemen, where a fragile ceasefire is now in effect. More than ten articles on FAIR’s website and on CounterSpin over the last year documented big media’s utter lack of interest in one of the worst human rights crises of the 21st century:

FAIR is proud of how we have kept on this story, year after year, when corporate outlets were treating it as an irrelevancy. We named names—Rachel Maddow, Thomas Friedman, Chris Hayes. Progressive outlets picked up on our work, then we forced corporate media to pay attention. Finally Yemen was on the national agenda—where it should have been all along.

We held corporate media to account.
And we could only do that thanks to donors like you.

FAIR is in the midst of its most important fundraising of the year and we’re not even halfway to our $50,000 goal. Without your support, we won’t be able to do the kind of research, analysis and activism that helps focus attention on the issues that really matter.

We think someone needs to be there, watching the watchdogs.
If you agree, then support FAIR’s work today. 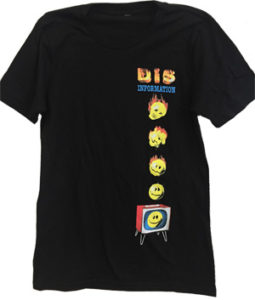 P.S. Thanks to those who have been able to give already. And those great Nirvana T-shirts are still available for those who want to donate now…
For donations of $35 or more, receive this terrific T-shirt commemorating the 25th anniversary of Nirvana’s concert for FAIR.