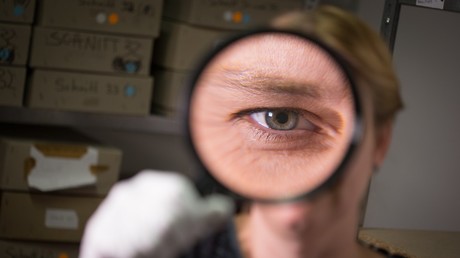 Sergei Skripal, the poisoned ex-Russian spy, and his daughter Yulia dominated headlines a few weeks ago. Now they’ve vanished from the public eye, leaving many to wonder what exactly happened.

Yulia apparently recovered enough to leave the hospital and is now thought to be in a safe house, and there have been no updates on Sergei’s condition since his daughter walked out of Salisbury District Hospital in early April. Since then, Syrian bomb attacks have dominated British headlines, followed by the Windrush scandal that ended with the shock resignation of Home Secretary Amber Rudd. Some argue the British media just had its attention diverted, but others suggest something else is at play.

A number of bloggers have spent months questioning the government’s narrative on the Skripal attack. Among them is former UK Ambassador to Uzbekistan Craig Murray. Murray pointed out a tweet by Channel 4 journalist Alex Thomsen, who said the only “decisive public move by the authorities has been to censor MSM (mainstream media) via a D Notice… from identifying Mr Skripal’s handler living nearby.”

For those who may not know, a D-notice is a British government request that particular information is reported by the media on grounds of national security. The media does not have to agree, but almost always does.

Now, police and intelligence agencies have revealed that they have still to identify a suspect in the nerve agent attack in Salisbury. It’s one thing for someone who supposedly poisoned an old man and his adult daughter with a chemical weapon in the middle of Britain’s sleepy countryside, but another for them to then disappear into thin air in a country with more CCTV coverage than any other. And how can Britain point the finger so firmly in Russia’s direction if they have exactly zero suspects?

Almost 2 months since #skripalpoisoning and now it emerges that there are no suspects. One of the largest police operations of recent times in one of the most watched [cctv] societies and nothing… #salisbury

So many questions, so few answers. Apparently frustrated with the lack of closure, many have taken to social media to raise their digital eyebrows about the lack of Skripal updates… and lack of suspects.

None of that seems to matter though, as UK National Security Adviser Sir Mark Sedwill knocked down any hope that the police were closer to catching the bad guys who attacked the Skripals. Asked by an MP at a Commons defence committee hearing if they knew who the individuals responsible were, his response was simple: “Not yet.”

Even though Sedwill lacks any suspects, he still insists that Russia is the UK’s biggest threat.

So will Sergei Skripal recover? Where’s Yulia? Who did it? Mysteriously, the updates on the Skripal saga have dried up.