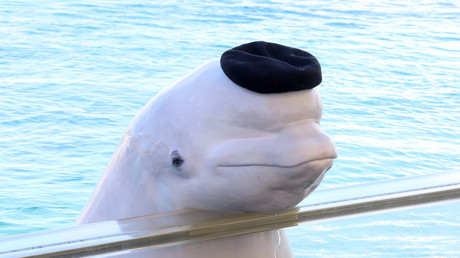 A Beluga whale, native to the waters surrounding the arctic, has been spotted in the River Thames, marine life rescuers have confirmed.

The sighting has caused excitement on social media, partly due to a dearth of exciting wildlife in the British Isles.

Ecologist, Dave Andrews, was the first to spot the impressive creature, watching it as it ate around the barges near Gravesend, Kent.

After British Divers Marine Life Rescue were alerted, they confirmed the sighting, noting that the whale seemed to be “swimming strongly.”

Spokesperson, Julia Cable, warned the public not to get close to the creature, but rather “to watch it from the shore.”

Cable noted that sightings are “extremely rare.” The last sighting of a Beluga whale was some three years ago, off the coast of Northumberland, in northern England.

Following the sighting, many on Twitter recalled the unfortunate 18ft (5m) northern Bottlenose whale which died in the River Thames in 2006. Others expressed concern for the creature, while more still just made jokes.

There’s a Beluga whale in the River Thames. Half expect Niggle Farage to arrange a flotilla to throw rocks at it for trespassing.

So there’s a beluga whale in the River Thames? Has it swam there by accident, or is it on porpoise? #whale#London

Beluga whale spotted in river Thames near Gravesend. Hope people leave it alone. The footage on Sky shows it swimming strongly so hopefully it’s not sick. Hope he (or she) finds the way back to the sea!

The beaked whale, dubbed the Prince of Whales by some, became a sensation in London with large crowds gathering to watch the ultimately fruitless rescue attempts and near 24-hour media coverage.