A pair of recent incidents on US campuses has again highlighted the issue of free speech. Is there really a “war on Christianity” happening on American campuses?

In September, Polly Olsen sued Northeast Wisconsin Technical College, claiming staff had violated her free speech rights when they stopped her from handing out religiously-themed Valentines to her fellow students. An observer had complained of “suspicious activity” and Olsen was escorted to the campus security office and told her cards – which contained Christian messages like “Jesus Loves You” – might be considered “offensive,” and that she was “soliciting” by distributing them outside the campus’ designated “free speech zone.” 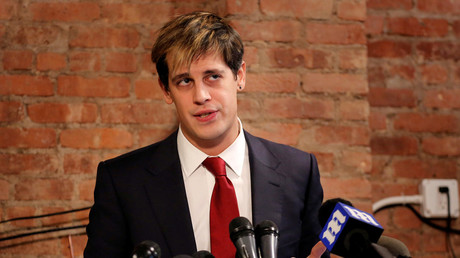 Legal and media analyst Lionel saw Olsen’s case as part and parcel of that storied conservative talking point, the War On Christianity. “If this were any other religion any other situation nobody would have any problem with this.”

“In this country, there are two sets of standards – Christians are over here, and everyone else is over here.”

Award-winning US investigative reporter Dave Lindorff tentatively agreed the college overstepped their boundaries, but challenged the religious-discrimination angle, claiming religions are treated equally on campus “as long as you’re not trying to jam it in somebody’s face.” He also claimed to have experienced discrimination for his political views and pointed to two recent studies showing two out of three cancelled speakers on college campuses are leftists – as are two out of three professors dismissed for ideological reasons.

Olsen’s lawsuit, filed by the Wisconsin Institute for Law and Liberty, also points out that “free speech zones” on college campuses have been declared unconstitutional by the courts.

Meanwhile, at the University of California at Berkeley, in the cradle of the student free speech movement, Isabelle Chow has been asked to resign from the student senate after abstaining from a vote against the Trump administration’s proposed changes to Title IX, which will define sex as a person’s biological sex at birth. She released a statement before the vote, hoping to avoid the confusion and outrage that followed by explaining her ethical conflict: while she opposes discrimination in all forms, “I cannot vote for this bill without compromising my values.” 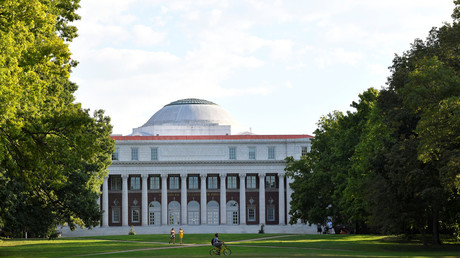 Chow ran on a platform of representing Berkeley’s Christian community, and she did not expect such a backlash given her openness about her views. Berkeley’s student newspaper refused to publish an op-ed she wrote, claiming it used “homophobic and transphobic” rhetoric.

Lionel immediately took Chow’s side – “She doesn’t countenance the idea that – ‘Gender, I can just make up my mind! Today I’m Swedish, and I’m a zebra!’ Now they want her to resign because she dared to follow through with a campaign promise.”

Lindorff, however, defended the students calling for her resignation, pointing out that the students couldn’t actually fire Chow, and their voicing of their discontent also counted as free speech. “She doesn’t have to resign. More power to her if she doesn’t!”