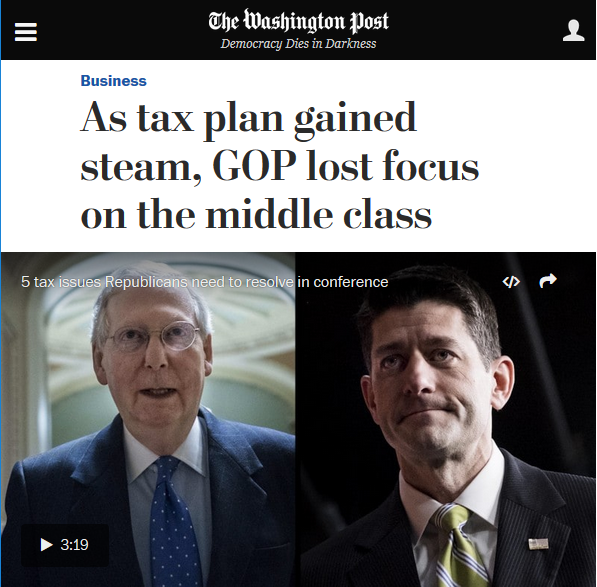 A Washington Post article (12/9/17) on the Republican tax proposals being considered by Congress implies that they are a sharp departure from the plans Donald Trump put forward in the campaign in the benefits they provides to the rich. The headline is “As Tax Plan Gained Steam, GOP Lost Focus on the Middle Class.”

This description is pretty much 180 degrees at odds with reality. While Donald Trump always promised to help the middle class, the proposals he put forward during his campaign were hugely tilted toward the rich. The Tax Policy Center’s analysis of the last tax cut plan he proposed before the election showed 50 percent of the benefits going to the richest 1 percent of the population.

In fact, the Republicans are putting in place a tax plan similar to what they campaigned on. If the fact that it mostly helps the rich is a surprise to anyone, it is due to the poor quality of reporting during the campaign.

A version of this post originally appeared on the Center for Economic and Policy Research’s blog Beat the Press (12/10/17).