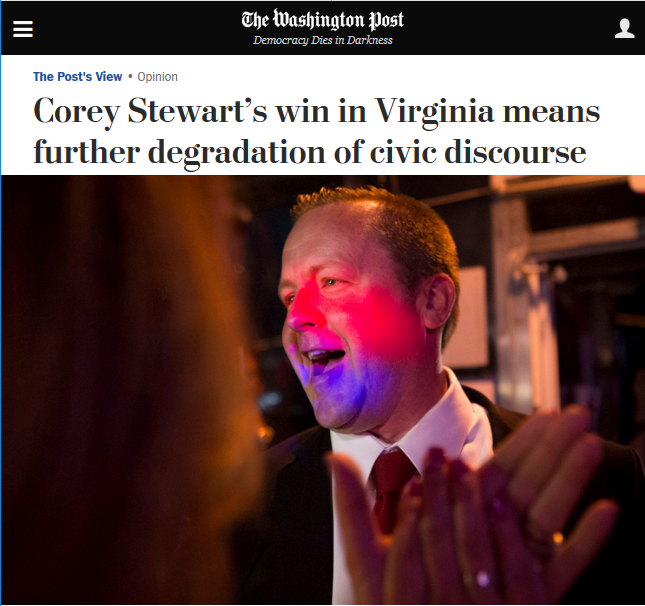 Washington Post (6/15/18) takes on Corey Stewart and his “combative style.”

Nowhere do the Post editorialists explain whence they derive the requisite insight into Stewart’s soul to distinguish between mere calculation and true beliefs. Much less do they advise the black, brown, Muslim, Jewish and other people at the sharp end of such “courting” and “pandering” as to how they might best appreciate the distinction.