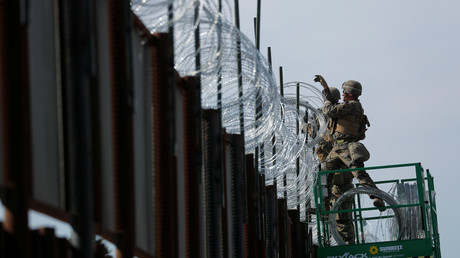 Donald Trump calls it “a wall” and says it costs $5 billion but the Democrats insist it is “a fence” worth $2 billion. The feud over the US-Mexico border installation grows bigger and a government shutdown is not ruled out.

The US President has engaged in a spat over protecting his country from illegal immigration. To him, building a $5-billion wall is the only way to secure American frontiers, and this is where he gets surprisingly close to Democrats.

They also say something has to be erected over there but insist it would be much simpler an option – a border fence. The deadline for solving the “wall or fence” puzzle is tight and the price for failing to come to terms is high.

If US government fails to decide what exactly should be built on the Mexico border, a shutdown may come next. RT takes a look at the back and forth of Trump’s ‘great’ project.