Pregnant women were recently given new information in regard to optimizing their child’s health: Make sure you’re getting enough vitamin B12.

A recent study revealed that babies whose moms had a B12 deficiency during pregnancy may later have higher odds of developing type 2 diabetes, as well as other serious metabolic problems.1

If you’ve ever gotten “that tired feeling” and general lack of energy, you may not realize you have a vitamin B12 deficiency. It can go undetected for years; in fact, around 15 percent of the U.S. population has this condition.

Several seemingly unrelated symptoms, however, such as poor memory, shortness of breath, loss of taste and smell, depression, and tingling in your extremities, may be an indication that getting your B12 levels checked might be a good idea.

Interestingly, Mary Todd Lincoln, who had a reputation for being emotionally and psychologically unbalanced, had these symptoms and several more that scientists now theorize may have been the reason for her behavior. Doctors of the time called it pernicious anemia, which is a B-vitamin-related malady.2

Found in animal-based foods such as eggs, milk, cheese, yogurt, meat, fish and poultry, vitamin B12, aka cobalamin, also comes in supplement form, and it’s added to foods such as breakfast cereal. It’s called “essential” because your body can’t produce it; it must come from an outside source.

Why is B12 necessary?

Vitamin B12 is vital for many functions throughout your body. It:

How Much Vitamin B12 Do You Need?

The National Institutes of Health’s (NIH)4 daily recommendation for vitamin B12 supplementation is as follows, with incrementally higher doses as children mature:

But many people aren’t getting enough. This one vitamin is responsible, at least in part, for helping to make DNA, as well as red blood cells and nerves, says Harvard Health:

“And therein lies the problem: Some people don’t consume enough vitamin B12 to meet their needs, while others can’t absorb enough, no matter how much they take in. As a result, vitamin B12 deficiency is relatively common, especially among older people.

The National Health and Nutrition Examination Survey estimated that 3.2 [percent] of adults over age 50 have a seriously low B12 level, and up to 20 [percent] may have a borderline deficiency.”5

You don’t have to worry about a vitamin B12 overdose because it’s water soluble, so “your body takes what it needs and flushes out the rest,” according to The Washington Post.6

B12 Deficiency — A Vicious Cycle

Ponusammy Saravanan, Ph.D., associate clinical professor at the University of Warwick Medical School in the U.K., and senior author of the featured study, said scientists already knew that pregnant women with low B12 levels often have higher body mass index (BMI) and have babies that have low birth weight.

Studies reveal these babies also have greater insulin resistance as children, which automatically sets up their potential for having type 2 diabetes later in life.

The study team wondered if the symptoms shown in babies whose mothers were low in B12 had anything to do with leptin, the so-called “satiety hormone” that triggers your realization when you’re actually full. 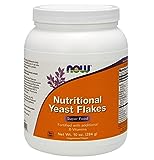 Research shows that knowing when to stop eating is a crucial factor in maintaining a healthy weight. The problem occurs when overweight individuals’ levels of leptin increase, which masks satiety, leading to constant overeating because they still “feel” hungry. This phenomenon is called leptin resistance.

It’s a vicious cycle because even eating an adequate meal may not satisfy your hunger. So slowly, you gain more weight, become increasingly leptin resistant and, therefore, become more insulin resistant. Meanwhile, your risk of developing type 2 diabetes escalates.

More Findings From the Study

Saravanan’s team analyzed 91 blood samples of mothers and their newborn babies to test their vitamin B12 levels. At the same time, they looked at their fat tissue samples and 83 tissue samples from placentas.

Sure enough, the scientists found that the babies belonging to moms with a vitamin B12 deficiency more often than not had leptin levels that were higher than normal. Saravanan explained:

“The nutritional environment provided by the mother can permanently program the baby’s health.

We know that children born to under or overnourished mothers are at an increased risk of health problems such as type 2 diabetes, and we also see that maternal B12 deficiency may affect fat metabolism and contribute to this risk. This is why we decided to investigate leptin, the fat cell hormone.”7

The scientists hypothesized that when B12 was not adequately represented in expectant mothers, the hormone responsible for programming the leptin gene in their babies was affected. While the researchers aren’t sure which mechanisms determine this outcome, they have a few ideas.

Co-study author Adaikala Antonysunil, associate professor and research fellow, said that either low vitamin B12 causes the fetus to accumulate fat, leading to more leptin, or the B12 deficiency changes the mother’s genes that make the leptin. 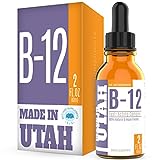 Because B12 is involved in methylation reactions that can affect whether genes are turned on and off, it’s probably the latter.

If they’re right, the researchers believe the current U.S. recommendation for B12 levels for expectant moms should be increased.

Signs of Vitamin B12 Deficiency

One-quarter of U.S. adults suffer from low vitamin B12 levels. One of the hallmarks of low B12 is fatigue, which may mean you don’t have enough blood oxygen to supply energy. Health Eternally notes:

“Technically speaking though, vitamin B12 does not contain any ‘real’ energy all on its own. However, if you have megaloblastic anemia, which is famous for making you feel tired and weak, then a sudden increase in B12 can certainly make it seem like you have all the energy in the world!

That’s because vitamin B12 is critical in the production of red blood cells, which transport oxygen all throughout your body. Without oxygen, you die! So it’s not hard to see how oxygenated blood can make you feel very energetic and alive.” 8

Anxiousness and depression may occur because a B12 shortage also depresses the brain chemical serotonin, a neurotransmitter linked to your brain’s pleasure centers, and dopamine, the mood regulator registering memory and mood. Unless there’s an intervention, low B12 levels may even lead to paranoia, delusions and hallucinations. Other signs include: What Causes a Vitamin B12 Deficiency?

There are a number of key reasons for a B12 deficiency, which doctors sometimes overlook. Individuals at risk for B12 deficiency include: Vitamin B12 is present in its natural form only from animal sources. While vegans are urged to augment their B12 intake by stocking up on nutritional yeast, coconut oil and fortified coconut milk, a strict vegan or even vegetarian diet is not recommended. In fact, there are cases in which a deficiency causes brain abnormalities.

A deficiency can be corrected by weekly shots of vitamin B12 or daily high-dose B12 supplements, and a mild case with a standard supplement or increased intake of vitamin B12-rich foods.13 A more detailed list of the B12 in specific foods can be found at NIH.14

The Best of Joseph Mercola