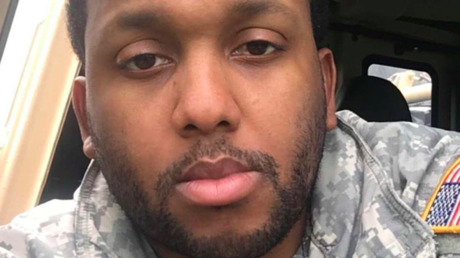 A US Army veteran said to be suffering from PTSD shot himself in the head on a Facebook live broadcast after shooting his girlfriend and killing her six-year-old son.

Jovonie McClendon Jr called the police and his mother after he had shot his partner and her son Carter, telling them he was sorry before he took his own life in an apartment in Miami Township, Ohio on Friday morning.


McClendon told those watching the live stream it had “been nice knowing you” before shooting himself in the head.

When police arrived at the scene, they found his girlfriend Di’eisha Patterson seriously wounded and the bodies of McClendon and the young boy.

READ MORE: MDMA could be used to treat PTSD in war veterans – study

Before he died, McClendon also called the mother of his child and told her what he had done. She also called 911, and at least four other people called the police to report what was unfolding.

McClendon had been working as a postal worker and told police he had spent three and a half years serving overseas and was “just tired.”