The US could dump the UK in favor of France amid fears of Britain’s eroding military power, a leaked letter between American Defense Secretary James Mattis to his British counterpart Gavin Williamson has revealed.

In the letter, Mattis raises concerns over the UK’s military spending and power. The letter also saw the being UK compared to France, with Mattis highlighting France’s significant increases in their defense budget. 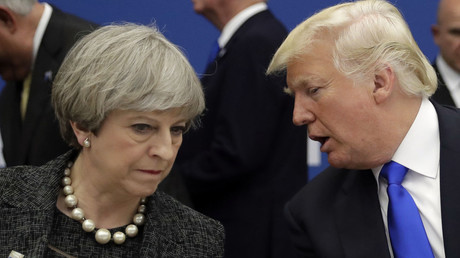 “As global actors, France and the US have concluded that now is the time to significantly increase our investment in defense. Other allies are following suit,” Mattis said. “It is in the best interest of both our nations for the UK to remain the US partner of choice.”

The leaked letter comes as John Bolton, who has been Donald Trump’s National Security Advisor since April, made the same demands to his British counterpart Sir Mark Sedwill during a meeting last Monday ahead of a much-anticipated NATO summit in Brussels next week. The meeting also included French and German security chiefs.

During the meeting, Bolton voiced concerns from the White House that Britain’s deterioration in defense spending was causing unknown damage to the British Armed Forces, with one UK official telling the Daily Telegraph that there were “some frank conversations about our spending on defense.” Another source quoted said Bolton made it “abundantly clear what the Trump administration expects from Britain in terms of defense spending and its future military capabilities.”

Mattis told Williamson in the letter that, while it is in the best interests of the US and UK for their allied ‘special relationship’ to continue, “the UK will need to invest and maintain robust military capability”, he said.

“It is not for me to tell you how to prioritize your domestic spending priorities, but I hope the UK will soon be able to share with us a clear and fully funded forward defense blueprint that will allow me to plan our own future engagement with you from a position of strength and confidence,” he said.

“A global nation like the UK, with interests and commitments around the world, will require a level of defense spending beyond what we would expect from allies with only regional interests. Absent a vibrant military arm, world peace and stability would be at further risk.”

UK Prime Minister Theresa May and Chancellor of the Exchequer Philip Hammond have ruled out any significant increases, despite pressure from Williamson.