There is a very powerful faction in the US government that thinks nuclear weapons are an important symbolic tool for increasing pressure vis-à-vis Russia and China, Greg Mello from Los Alamos Study Group told RT.

Last week, Defense Secretary James Mattis tried to illustrate a deficiency in America’s nuclear arsenal to Congress using a chart to argue for increased investment in America’s defense budget. But some analysts say it might be worthy of a fact-check because it made it look like the US has a quite a modest arsenal.

The chart didn’t show some of the missiles that Washington has under development or upgrades to its existing stockpile. Plus, it put countries on the same scale, despite key differences in the weapons they hold. 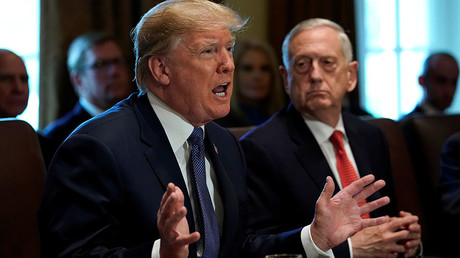 The head of the nuclear watchdog Los Alamos Study Group told RT that some US politicians consider nuclear weapons a political tool to be used against Russia and China.

RT:Why would you think the Pentagon is trying to show a picture of the US military lacking in nuclear weaponry?

Greg Mello: They want to shake money loose for new weapons systems and they want to break the taboo against new weapons systems that have gradually built up.  To do that, they have to paint an essentially false and alarming picture about US capabilities with respect to other countries. It was an embarrassment. But it happened.

RT: Do you think the committee will still buy this information presented by Mattis even after revelations made by some media?

GM: In general, they will accept what General Mattis said at face value because of the high degree of Russophobia which exists in Congress. However, there will be skeptics and some of the skepticism will be about the need for these new weapons and their cost. There will also be the idea that getting submarine-launched cruise missiles would somehow lead to a positive change in Russian behavior. General Mattis said it at the hearing. I think that a lot of people will question that also. They will instead say that this will lead to a new arms race. 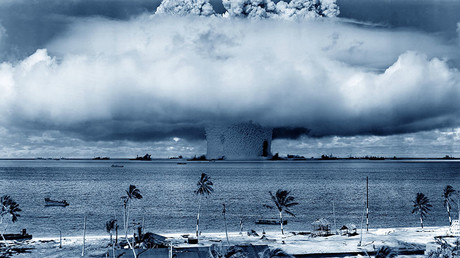 … There are those in the US government who would like to increase the nuclear military capability of the US. Now, some of that is just posturing on their part. And I wouldn’t say that this is necessarily a majority view. The actual military is not, for the most part, that interested in nuclear weapons but there is a faction which is at the moment very powerful that thinks nuclear weapons are an important symbolic tool for increasing pressure vis-à-vis Russia and China.

RT: The international community is working on banning or at least eliminating nuclear weapons. But, as we can see, the new US secretary has a different opinion on it. In your opinion, is it supported by fellow Americans?

GM: I think for the most part, most Americans are not at all interested in conflict with Russia and they are far more interested in harmony and in building up their country and in dealing with the social problems that we have here in the US. There is again a relatively small number of people who have insinuated themselves into the top of the US government, who are having a disproportionate influence at this time and in this administration.