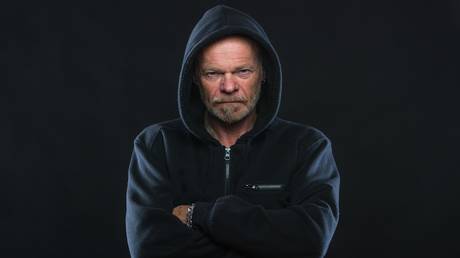 The University of Kansas is offering a course called “Angry White Male Studies,” purporting to “chart the rise of the ‘angry white male’” in the US and UK – and angering a good portion of the white males within tweeting distance.

The class examines “manifestations of male anger” in the modern age, “exploring the deeper sources of this emotional state” (which could be said to include the existence of classes like “Angry White Male Studies”). Students will also learn about how “dominant and subordinate masculinities” are experienced in societies undergoing “rapid change connected to modernity” – as well as how those masculinities fare when encountering “rights-based movements of women, people of color, homosexuals and trans individuals.”

Spoiler alert: things don’t end so well for the white males, who were quick to “manifest their anger” on Twitter.

That university is going to have such a low enrollment for this stupidity. Also people who would think of taking that class, will not be taken seriously in the real world

Just read an article on this trash. I live in Kansas, which is a conservative state. I’m thinking it’s time for KU to get an education on the concept of the boycott.

Instead of a course to unite people and empower women, KU has decided to offer a class that divides the student population and could pose a Title IX violation by creating a hostile campus environment based on gender. #ksleghttps://t.co/XhUNfpFUcW

Rep. Ron Estes (R-Kansas) declared, “KU has decided to offer a class that divides the student population and could pose a Title IX violation by creating a hostile campus environment based on gender.”

But many Twitter users were caught between a rock and a hard place, not wanting to add to the phenomenon the course described by tweeting angrily about it.

Ah, good old Kafka traps. If you protest you are therefore the angry white male. If you don’t, the decay gets even worse. Thanks KU for the early Trump 2020 gift.

I wonder if KU is going to address the rise in “Angry Whte Male” syndrome being triggered by courses such as “Angry White Male”?

Not to sound like an angry white male but what the actual hell is this utter trash?

Those who fell into the trap were ridiculed.

Poor little snowflake can’t handle a university that offers a course he doesn’t like.

Satisfying requirements for both the Women’s, Gender and Sexuality Studies department and the Humanities department, the class is taught by Christopher Forth, whose curriculum vitae includes co-editing “Fat: Culture and Materiality” and penning several other articles on corpulence for academic journals, as well as the book “Masculinity in the Modern West: Gender, Civilization and the Body.” Forth, incidentally, is a white male.

Also on rt.com
US will perish from PC-induced insanity unless universities become free-speech zones once again