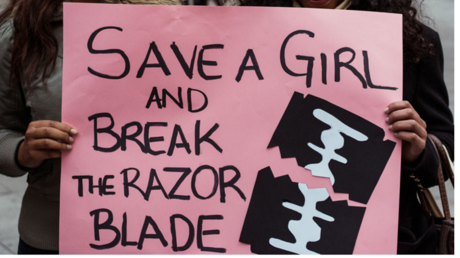 A Tory MP has risked controversy once more after blocking a parliamentary bill to help protect children from female genital mutilation (FGM), months after sparking outrage after impeding a bill to criminalize upskirting.

It is unclear as to why Chope blocked the bill.

The MP for Christchurch, Dorset, sparked outrage from activists and fellow MPs alike. Calls for him to be deselected as an MP were abundant with many referencing his previous controversies.

Can we table a bill to object to Christopher chope shouting object? Time for reform of this process and for FGM bill to become govt business so can get the scrutiny ( and progress) it needs…. https://t.co/oZqoD6Xn6X

In a shock to no one Christopher Chope MP has just shouted object to the female genital mutuliation Bill getting a second reading.

In June, Chope induced a similar reaction after he objected to a bill that would see upskirting become a criminal offense.

Explaining his actions over upskirting, Chope argued that his objection was about “who controls the House of Commons on Fridays,” telling the Bournemouth Echo that “The government has been hijacking time that is rightfully that of backbenchers…this is something I have fought for in most of my time as an MP and it goes to the very heart of the power balance between the government and parliament.”

The bill is expected to be passed in the coming months.

Bravo, Now PLEASE help me get my FGM Bill (which the Government backs) through the Commons. Amazing that Chope can halt an important improvement to the protection of young girls & how ironic that he has done so (for no discernible reason) on the day you launch this initiative. https://t.co/S3LxcApwO2

Congratulating Mourdant, Berkeley posted: “Amazing that Chope can halt an important improvement to the protection of young girls & how ironic that he has done so (for no discernible reason) on the day you launch this initiative.”