The UK’s first anti-slavery commissioner is stepping down and says constant government interference into his work is to blame.

Kevin Hyland told Reuters that he was angered by Whitehall’s meddling in a role that was intended to be independent from the state. He urged autonomy for his successor, a call echoed by leading anti-slavery activists. He did not elaborate on his accusations of government interference. 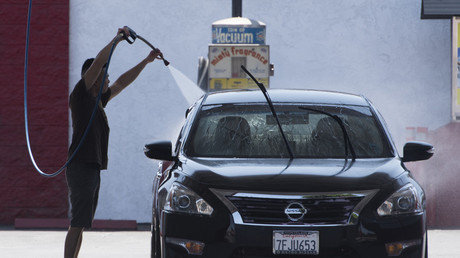 In a later statement he said: “As the inaugural incumbent in a unique role there have predictably been some learning points for all around the precise nature of the independence set by the founding legislation, but I leave the role confident that my successor can only benefit from this learning.”

Hyland had been in the job since the position’s creation in 2014 as part of the Modern Slavery Act and had previously headed the London Metropolitan Police’s human trafficking unit.

Upon stepping down, he will take over a children’s charity in Ireland.

In the UK, 13,000 people are estimated to be victims of modern-day slavery but police say the true figure is likely much higher.

A report earlier this month by the Gangmasters and Labour Abuse Authority (GLAA) found that slavery in the UK was on the rise, with the country being a popular end destination for people trafficked from other nations.

It also noted an increase in the number of British nationals forced into modern day slavery.

Another report, released this week by the National Crime Agency, warned that instances of human trafficking and human slavery could continue to rise over the next three to five years.