The UK will consider its next steps in response to Russia’s expulsion of 23 diplomats, British Prime Minister Theresa May has announced. It comes amid London’s allegations that Russia was behind the poisoning of Sergei Skripal.

“In light of their (Russia’s) previous behaviour, we anticipated a response of this kind and we will consider our next steps in the coming days, alongside our allies and partners,” May said while speaking at the Conservative Spring Forum in London on Saturday. “But Russia’s response doesn’t change the facts of the matter – the attempted assassination of two people on British soil, for which there is no alternative conclusion other than that the Russian State was culpable.” 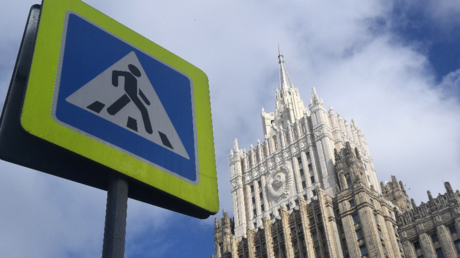 She went on to state that “it is Russia that is in flagrant breach of international law and the Chemical Weapons Convention.” She also reiterated her desire to “dismantle” the so-called Russian spy network operating out of the UK, and to suspend all planned contact between London and Moscow. “We will never tolerate a threat to the life of British citizens and others on British soil from the Russian Government,” she said.

May’s statements echoed those of British Foreign Minister Boris Johnson, who, on Friday, went so far as to suggest that Russian President Vladimir Putin had personally ordered the suspected nerve agent attack – a claim which was dubbed “shocking and unforgivable” by Kremlin spokesman Dmitry Peskov.

Her comments came after the Russian Foreign Ministry announced earlier on Saturday that 23 British diplomats must leave Russia. Moscow also announced it was revoking its agreement on the opening and operation of the UK Consulate General in St. Petersburg, due to a “disparity in the number of consulate facilities of the two countries.”

However, the British Prime Minister did not address the fact that Russia’s announcement was a tit-for-tat response after London announced it was expelling 23 Russian diplomats from the UK. Those diplomats and their families have until March 20 to leave Britain.

Moscow says the announcement to expel the British diplomats came after “provocative actions and groundless accusations” regarding the March 4 poisoning of Skripal, as the UK has accused Russia of being behind the attack. London alleges that Moscow used a Soviet-era nerve agent called Novichok to poison Skripal and his daughter, Yulia, in the town of Salisbury.

Russia has denied having any part in the attack on Skripal and has offered its full cooperation in investigating the incident.