The UK has signed a multi-billion pound contract which will double its F-35 fleet, the country’s defense secretary has announced. The deal will see Britain own 35 stealth jets by the end of 2022.

Defence Secretary Gavin Williamson confirmed that the UK has ordered 17 new F-35B aircraft which will be delivered between 2020 and 2022. Overall, Britain has committed to buying 138 aircraft over the life of the program.

“I am delighted to confirm that we are doubling the size of our F-35 force into a formidable fleet of 35 stealth fighters. This is another massive order in the biggest defense program in history,” Williamson said. 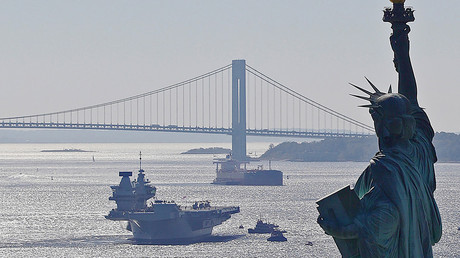 He went on to tout the move as being “good news” for the British economy, as British companies are building approximately 15 percent by value of all F-35s planned for production, which amounts to 255 in total. The F-35 is made by the US company Lockheed Martin, but the UK’s BAE Systems is a contractor on the project.

“It is projected that around £35 billion (US$ 44.8 billion) will be contributed to the UK economy through the F-35 program, with around 25,000 British jobs also being supported,” the statement from the British government reads.

The UK is the largest operator of F-35s outside the United States. The announcement comes as existing British F-35B aircraft are currently traveling to the US on the HMS Queen Elizabeth, where they will take part in flying trials.

Meanwhile, F-35s aren’t the only new additions the British military is looking to acquire, according to the anti-drone campaign group Drone Wars UK, which recently claimed the government has been secretly funding research on autonomous “killer robot” drones. The Ministry of Defence, however, has denied that there are plans to develop any systems that would operate without input from humans. 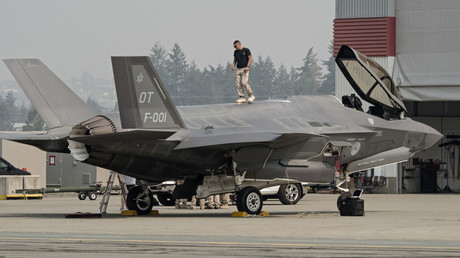 The purchase comes just five months after hawkish British MPs recommended the government increase its defense spending, citing so-called ‘Russian threats’ as the reason for it. They pointed to outdated artillery and vehicle mounted anti-tank weapons which put the British Army “at serious risk of being outgunned by its Russian counterpart.”

However, not everyone is convinced that increased military spending is the answer. Following the MPs recommendations, Lord Gen Nick Houghton, who was chief of defense staff until 2016, said in June that the UK needed to make a tough decision between losing its global standing as a leading military power or increasing its spending on defense.

“We have slightly deluded the public that we have a defence programme which insiders know is unaffordable. We are to some extent living a lie. And we stand at a strategic crossroads and we’ve got to come off the fence one way or another. It might be the UK should cease to be a world military power,” he said.

The recommendations by MPs came just two weeks after the US urged Britain to increase its military spending, hinting that if it didn’t do so France could overtake the UK as America’s “partner of choice” in world affairs.

However, any close partnership between the US and France now seems almost impossible, after French President Emmanuel Macron pushed for a European army to protect the continent from the likes of the US, Russia, and China. That comment led to US President Donald Trump taking aim at his French counterpart, pointing to his “very low approval rating” and reminding him that the US wasn’t France’s enemy during World War I or World War II.