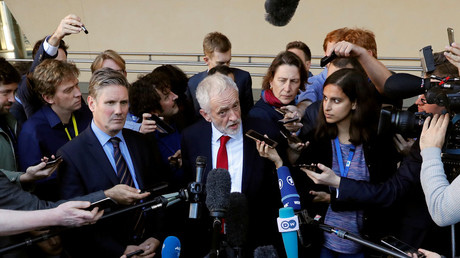 The British media establishment has been damned in a new report over their coverage of the Labour anti-Semitism row. Media Reform accused all sides of the media of a “myriad of inaccuracies and distortions.”

The report by the Media Reform Coalition, an independent group set up to defend ethical journalism, claims that there are “95 clear cut examples of misleading or inaccurate reporting on mainstream television and online news platforms.”

The bad practices include “marked skews in sourcing, omission of essential context or right of reply, misquotation, and false assertions made either by journalists themselves or sources whose contentious claims were neither challenged nor countered.”

Despite its vaunted reputation, BBC Television News was one of the worst offenders, only beaten by the avowedly anti-Jeremy Corbyn Daily Mail and the Sun. While the Guardian, which is considered Britain’s leading liberal publication, was accused of multiple offences.

“29 examples of false statements or claims were identified, several of them made by anchors or correspondents themselves, six of them surfacing on BBC television news programmes, and eight on TheGuardian.com.”

Over the summer, the Labour Party found itself embroiled in a bitter anti-Semitism row which saw certain Jewish Groups, Rabbis, and some Labour MPs accuse Jeremy Corbyn of anti-Semitism. The leadership was eventually pressured to adopt the IHRA definition of anti-Semitism as a code of conduct, despite reservations that it hindered legitimate criticism of Israel.

In his recent speech to the Labour conference, Corbyn drew huge cheers taking aim at the mainstream press. “It turns out that the billionaires who own the bulk of the British Press don’t like us one little bit.”
The Labour leader added that in Britain a “free Press has far too often meant the freedom to spread lies and half truths.”