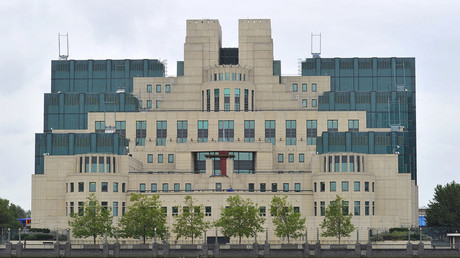 British intelligence services acted unlawfully when they spied on a UK-based NGO, Privacy International, the UK court that handles surveillance cases against the government has stated.

Along with MI5, intelligence agencies GCHQ and MI6 also acted unlawfully over their data collecting on the human rights group, which has campaigned for greater oversight of British security services.

“We do not know why MI5 reviewed Privacy International’s data, but the fact that it happened at all should raise serious questions for all of us,” Caroline Wilson Palow, general counsel for the group, said.

The news led to widespread condemnation on social media, with former NSA whistleblower Edward Snowden taking to Twitter to hail the revelations.

The UK just admitted the global mass surveillance system was used against civil society—people like you. These programs were never about crime or terrorism, they’re about power. It’s about control. https://t.co/K72COnXGGJ

MI5 had deleted the information it had gathered on Privacy on Monday, just one day before the court notified them that they were being spied on.

The shocking revelations, which emerged on Tuesday, came during Privacy’s legal challenge into the lawfulness of the intelligence services collection of bulk communication data (BCD) and bulk personal datasets (BPD) on British citizens.

“Today’s revelations are troubling for a whole host of reasons. The UK intelligence agencies’ bulk collection of communications data and personal data has been shown to be as vast as we have always imagined – it sweeps in almost everyone, including human rights organizations like Privacy International,” Wilson Palow said in a statement.

“Not only was Privacy International caught up in the surveillance dragnet, its data was actually examined by agents from the UK’s domestic-facing intelligence agency – MI5.”

Following the revelations, the charity sent a letter to UK Home Secretary Sajid Javid, urging him to take action against the intelligence agencies and their practices.