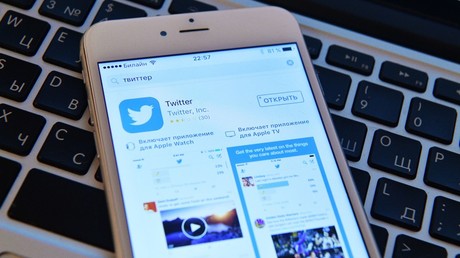 Twitter is seemingly fueling concerns over its perceived political bias with a new proposed feature, which suggests accounts that a user should unfollow “to make Twitter great for you.”

This week, some users of the microblogging service reported finding a new feature, which appears to be the opposite of Twitter’s longstanding suggestion-generator, “Who to Follow.”

“You don’t need to follow everyone to know what’s happening. Make sure you’re only following the people that make Twitter great for you,” says the message, followed by suggestions of people who a user might like to unfollow, providing an option to strike them out.

Considering that Twitter is already viewed with suspicion by some conservatives over its practice of “shadow banning,” the new feature may raise some eyebrows. But the company insists there is nothing sinister with an algorithm telling you whose tweets you should not read.

According to a Slate report, the proposed feature “isn’t meant to pass judgment on the worth of anyone’s account. Rather, it’s simply intended to help you prune your follow list by bringing to your attention some accounts that you haven’t interacted with very much.”

The report says the new feature, which was tested over a few days with a very limited number of users, is part of Twitter’s effort to boost engagement and ensure better user experience for its customers. It’s not clear when the new feature will be rolled out, if at all.