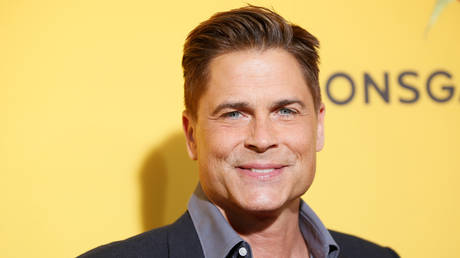 Massachusetts Senator Warren officially launched her presidential bid on Saturday, inspiring Lowe to tweet that she “would bring a whole new meaning to Commander in ‘Chief.’”

The joke played on the hot water Warren found herself in for exaggerating her Native American ancestry over the years.

However, the actor soon deleted the tweet, explaining, “It was a joke and some peeps got upset, and that’s never my intention.”

Many people, including Lowe’s fellow Hollywood actors, reacted badly to the tweet, calling it racist, but others saw it as a joke without any hidden agenda. Such Twitter users were quick to respond to the outrage that had followed the initial tweet, saying the pushback was a prime example of “snowflakes” reacting badly, and lamenting that jokes are no longer acceptable.

You shouldn’t apologize for a joke (a funny one at that). Giving in to the outrage mob only encourages them to continue their farcical outrage at every perceived microaggression. Warren walked into this with her own actions. Nobody would bat an eye if it was a joke about Trump.

Rob Lowe was just joking. Everybody is so sensitive these days 😂😂😂 Just a bunch of snowflakes! #ElizabethWarren2020 is the person who lied about her race for votes and Rob is the a$$hole 😂😂😂😂 Liberal Logic 😂😂😂😂😂 https://t.co/nxriNSFGQw

How is it racist to call her out for using a lie about her own race as means to get ahead? She is a fraud.

Some appeared to be offended by the fact that Lowe’s joke was in line with Trump’s own repeated mocking of Warren, who he calls “Pocahontas” for claiming to be a Native American. Lowe’s tweet came hours after Trump made a similar tweet that was accused of referencing the Trail of Tears, the forced relocation of Native Americans in 1833-1850.

Today Elizabeth Warren, sometimes referred to by me as Pocahontas, joined the race for President. Will she run as our first Native American presidential candidate, or has she decided that after 32 years, this is not playing so well anymore? See you on the campaign TRAIL, Liz!

Others accused Hollywood of hypocrisy, saying it was okay for them to tweet bad things about Trump, but it was off-limits to do the same about a Democrat.

It’s fine for Hollywood to mock Trump on a daily basis. Say anything about the other side and everyone’s offended. The Left can sure dish it out but they can’t take it. That’s what happens with a bunch of babies.

Warren apologized for her Native American claim again – twice in the last two weeks – telling reporters, “I’m not a tribal citizen. My apology is an apology for not having been more sensitive about tribal citizenship and tribal sovereignty.”