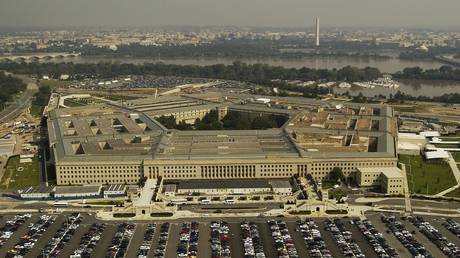 A recent report shows that the Pentagon is pretty much buried with scores of whistleblower complaints. On his show Redacted Tonight, Lee Camp explained why the huge number of people sounding the alarm is not surprising.

Camp opened the show by citing a recent Government Accountability Office (GAO) report that found the Pentagon received a whopping 95,613 whistleblower alerts between 2013 and 2018.

“That averages out to a whistleblower every six minutes of every business day for five straight years – that waiting room must be insane!” he said.

As astonishing as that number might seem, the amount of people sounding the alarm within the system is not really surprising, Camp noted – considering the previous multiple reports of the military losing track of trillions of dollars.


In fact, last year’s government audit revealed that the Pentagon “lost and found” 39 Black Hawk helicopters and over 470 buildings within the Air Force that weren’t properly registered as its property, he said.

The Pentagon has a standard operating procedure of simply making up numbers to fill their books, which for normal human being is termed ‘fraud.’