US President Donald Trump will spend Christmas away from his Mar-a-Lago Florida estate due to the government shutdown, as the White House and lawmakers scramble to avert defunding key government agencies over the border wall row.

I will not be going to Florida because of the Shutdown – Staying in the White House! #MAGA

White House Press Secretary Sarah Sanders announced that Trump’s wife, Melania, who had already left for Florida, would be flown back to the White House so the Trumps can spend Christmas together.

Trump is not normally known for skipping his Mar-a-Lago days off, which have come under media scrutiny for being too frequent and sometimes ill-timed. In February, he came under fire for “playing golf” at his estate in the wake of the Florida school shooting that left 17 dead, while funerals for the victims took place just 45 miles away.

While the Friday midnight deadline for the Senate to approve a bipartisan spending bill has already passed, federal workers won’t return to work until Wednesday, meaning the White House still has time to clinch a last-minute deal with the Senate Democrats.


If no decision is made, the shutdown will leave about 800,000 workers across nine government agencies without pay, including NASA and the departments of State, Justice, Homeland Security, Agriculture, Commerce, Housing and Urban Development, the Food and Drug Administration and the Environmental Protection Agency.

380,000 of them would be put on unpaid leave, while 420,000 would continue to do their job without pay. The shutdown would take its toll on national parks and landmarks, with many expected to close down at the height of the holiday season. The Statue of Liberty, however, will remain open to the public, with New York Gov. Andrew Cuomo (D) saying that the state would reimburse the federal government $65,000 for each day of the shutdown. 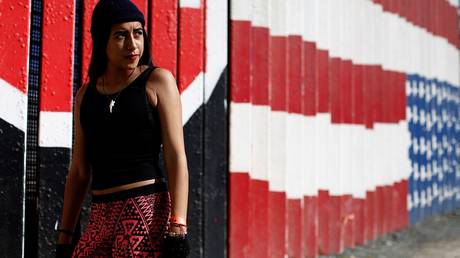 Closing a rare session on Saturday, Senate majority leader Mitch McConnell told lawmakers to go home for holidays, saying that the Senate would convene for what most likely would be a “pro forma” session on Monday.

However, he did not rule out calling the Senators back if a deal is struck. Vice President Mike Pence said they are “still talking,” implying that the White House is bent on trashing out a compromise despite the odds.

The chances that this year’s end will be spared shutdown chaos seems very low after Trump refused to sign a bipartisan resolution to keep the government open until February 8 on Wednesday, because it lacked any funding for his border wall.

Under Trump’s pressure, the Republican-controlled House on Thursday passed a bill which includes $5.7 billion for the wall, thus setting the stage for the Democrats in the Senate to complete the shutdown, being as they are strongly opposed to what Trump now calls “artistically designed steel slats” on the US-Mexico border.

Some lawmakers still harbor optimism. Outgoing Rep. Pete Sessions (R-Texas) said on Saturday he believes “cooler heads will prevail.” In case the parties bridge their disagreements, lawmakers might vote by “unanimous consent” without returning to Washington, he said.

Trump has ramped up his criticism of Democrats, accusing them of forcing the US government to a standstill.

“Shutdown today if Democrats do not vote for Border Security!” Trump tweeted on Friday, adding after McConnell refused to lower the threshold needed to pass the spending bill: “The Democrats now own the shutdown!”

Shutdown today if Democrats do not vote for Border Security!

The Democrats now own the shutdown!

Without the nuclear option, Republicans need 60 votes in the Senate to pass the legislation, while they only have 51 seats.

Trump’s accusatory rhetoric is a U-turn from his statement last week. Meeting with Senate Minority Leader Chuck Schumer and Nancy Pelosi, Trump said that he was “proud to shut down the government for border security.” “I will be the one to shut it down. I’m not going to blame you for it,” he said then.