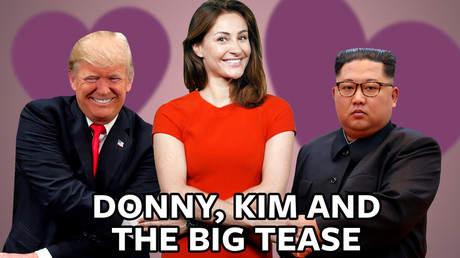 Donald Trump and Kim Jong-Un are the Ross and Rachel of geopolitics, leaving the world constantly wondering, whether these two will stop dancing around the subject and just get together.

Trump set a date for June 12 for a big meet, North Korea’s leader blew up a mountain as a show of good faith, then the US President changed his mind. Or did he?

Negotiations are ongoing between top officials from the two nations who are trying to get the June 12 date back in the diary, so at least the two leaders can start choosing outfits, and writing down some talking points to avoid any awkward silences should the summit in Singapore finally go ahead.

So, because of the ‘will they, won’t they?’ saga, ICYMI has taken a closer look at what could turn into the feel-good hit of the summer. Or the beginning of a particularly nasty conflict.