A Connecticut police officer has been suspended after a video emerged of him warning suspected trespassers not to do anything stupid, because he is “trigger-happy” and will be paid for overtime if someone gets shot.

“If anybody wants to fight or run, I’m a little trigger-happy guys, I’m not gonna lie. And I get paid a ton of money in overtime if I have to shoot somebody. So don’t do anything stupid,” Hartford Police Sergeant Stephen Barone is heard telling a group of young people that he stopped for alleged trespassing on Thursday night.

The three-minute video, which surfaced on Friday, led to Barone’s suspension from the force pending an internal review of his interaction with the public.

“Regardless of the context or the intent, those statements are entirely unacceptable and represent a fundamental disregard for the conduct we expect and the standards we hold ourselves to,” Hartford Police Assistant Chief Rafael Medina said in a statement. “We look at it from the perspective of the person on the other end of the field interview, and to hear those words isn’t just scary, it projects an image of law enforcement officers who take use of force lightly. As I hope you know, we do not take any use of force lightly as a department.” 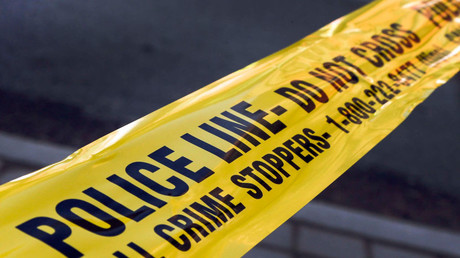 The 10-year veteran had already been suspended for four days two years ago for his involvement in a car chase incident which ended with him kicking the suspect while he was handcuffed. Despite the episode, Barone was later promoted to sergeant, following a lengthy internal affairs investigation.

Thursday night’s incident began to unfold at around 9:30pm local time, when a group of young people was approached by the officer near an abandoned house that one of the individuals in the group was allegedly considering purchasing. Barone asked the group if any of them had any weapons, drugs or any warrants against them. After searching them and indulging them with the pep talk, he gave all of them tickets for trespassing.

“The behavior in this video is completely unacceptable. It’s inconsistent with the values of our police department and our city, and it is deeply damaging and disappointing,” Mayor Luke Bronin said. “Law enforcement officers have a responsibility to treat the use of force and threats of force seriously at all times.”