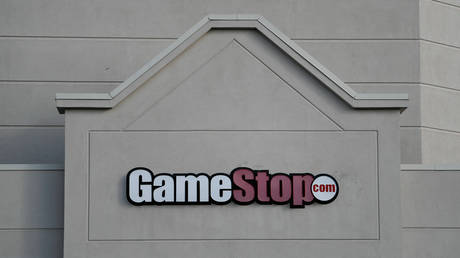 The furious outburst took place at a GameStop in Albuquerque, New Mexico, and it began with the woman demanding a refund because the shop assistant called her “sir”.

Footage of the incident that was uploaded to Facebook shows the employee repeatedly apologizing as the woman continues to rage.

The video begins with the woman, shouting: “I don’t want credit, you’re going to give me my f***ing money back.”

As the exchange boils over a female customer tries to defuse the situation by offering to call the police. However she also called the woman ‘sir’, adding further fuel to the fire.

“Excuse me sir there is a young man in here you need to watch your mouth,” the anonymous woman says in a soft voice. “I can call the police if you would like me to, you need to settle down.”

READ MORE PC gone wild: Traditions that will never be the same after 2018

The offended and enraged shopper replies: “Excuse me it is ma’am, it is ma’am. You need to settle down and mind your own business.”

When the GameStop associate intervenes the woman thought he called her “sir” again and she screamed: “Motherf*****, take it outside if you want to call me sir again. I will show you a f***ing sir.”

Also on rt.com
‘Having a penis and competing as a woman is not fair’: Navratilova inflames transgender fury


After repeatedly berating the worker for his apparent error the transwoman then stormed towards the exit kicking over numerous boxes on her way. However, not done yet, she did an abrupt turn and again began berating the worker, demanding the company’s corporate number so she could make a complaint.