Leading Tory Brexiteer Nigel Lawson has been branded a “hypocrite” after it emerged he applied for residency in France, despite previously saying the EU has “no purpose at all.”

The 86-year-old father of TV chef Nigella and the former chairman of the Vote Leave campaign before the 2016 EU referendum, lives in Gers, south-west France, and has applied for a ‘carte de sejour.’ British expatriates are being urged to obtain the EU document to guarantee their rights post-Brexit.

In an interview to French magazine The Connexion, Lord Lawson – who also served under former Prime Minister Margaret Thatcher’s cabinet as chancellor – said he was unworried about the application process after EU officials warned a blue passport could lead to further bureaucratic hurdles and travel delays. 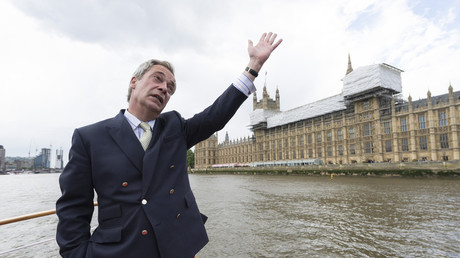 Asked if he had lodged his request for residency, Lord Lawson said: “I’ve just started, and don’t know how it will work out but am not particularly worried.

“It comes under the category of ‘tiresome’ rather than ‘serious.’ I understand some people are worried about healthcare cover and hope it will be sorted out.

“Speaking as a Brit in France – and I’m not applying for French nationality – I am not worried.”

Lord Lawson has repeatedly labeled the EU a failure.

In a Guardian piece in 2016, he said: “Look at unemployment rates around the EU, particularly very high youth unemployment rates. So the idea that somehow it’s an economic asset to us to be in the EU is, I think, bizarre.

“The EU has never made economic sense,” he said at the time. “I see no purpose in the EU now at all. I think that if it ceases to exist we’ll have better relationships. If you look now, there is far more hostility among the different countries of Europe than there has been at any time since the war.”

Paul Butters, chairman for the pro-EU campaign group Best For Britain, slammed the peer as a “hypocrite.”

“The idea that the Chairman of Vote Leave has applied for his residency card in France takes the biscuit,” he said, the Independent reports.

“It seemed to Lawson that no cost was not worth paying to leave.

“But with this news, it seems the cost will be paid by others while the former chancellor suns himself in his luxury home in France.”

It comes shortly after Nigel Farage, the chief architect of Brexit, also came under the spotlight after it emerged his two sons had dual British and German citizenship. It means they, unlike millions of UK citizens, will be able to retain the right to free movement in Europe post-Brexit.