Tory MPs have branded UK plans to send £98 million to India in aid by 2020 as “truly idiotic” given the ex-British colony has not only splashed millions on its own space mission but is also itself a foreign aid donor.

According to the Brookings Institute, India’s poverty reduction rates are faster than in any other country, with 44 people being lifted from poverty every minute. Up to 71 million people, around five percent of the country’s population, however, are still extremely poor. 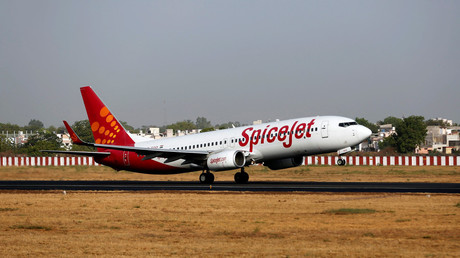 India also looks to catch up in the space race, spending the equivalent of £95.4 million on its moon landing program – the Chandrayaan-2 probe, which will seek to land a rover on the moon when it launches in January. Conservative

MPs believe this means the country is too well-off to receive British aid.

Tory MP for Monmouth David Davies told British newspaper the Daily Express that “the Indians don’t want or need our money. In effect we are sponsoring an Indian Moon launch.”

Another element flagged by disgruntled Tories is the fact that India has donated more in foreign aid than it has received, as it reportedly gave away £912 million in 2015-16, more than three times the £254 million it received.

“Here we are spending money in a country that has not only got its own space program but is developing its own overseas aid program,” Tory lawmaker Philip Davies told the paper on Tuesday, before he called on the government to review whether its aid budget to the country is “appropriate.”

“It needs to get out of Whitehall and appreciate the public is not just sick and tired of this but angry too. It is completely unjustifiable and truly idiotic,” Davies said.

The Department for International Development (DfID), however, claimed its “traditional” aid to the country has ended, but the funds are now aimed at delivering expertise and private investment to “create jobs and open markets,” in turn reaping profit for the UK, too.

It rejected any claims the funds are going towards the upcoming lunar probe.

“This is firmly in our interests. Not a penny of British taxpayers’ aid money has gone on India’s space programme,” the spokesperson told the Express.