Morrissey caused quite a stir after telling digital debate platform Tremr that the treatment of Tommy Robinson by the UK criminal justice system infringes on free speech. 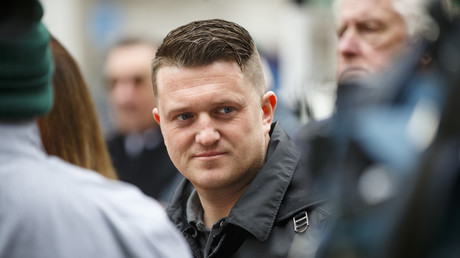 “Anne Marie Waters seeks open discussion about all aspects of modern Britain, whereas other parties will not allow diverse opinion…she doesn’t read from a script, she believes in British heritage, freedom of speech, and she wants everyone in the UK to live under the same law.

“I find this compelling, now, because it’s very obvious that Labour or the Tories do not believe in free speech. I mean, look at the shocking treatment of Tommy Robinson.”

On March 25, Robinson put a case – which includes 29 charges of child abuse and neglect – at risk of a mistrial by live-streaming within earshot of jurors as they entered the court. He was sentenced to 13 months jail; ten months for contempt of court and an extra three months for disregarding the terms of his suspended sentence.

Twitter users were quick to clap back against the remarks made the ex-Smiths frontman. “I can’t believe he still has any fans left, the Morrissey we knew and loved is long gone,” one Twitter user wrote. Others accused him of going “full gammon”.

Is there anything sadder than hearing Morrissey wax lyrical about For Britain and defend Tommy Robinson. I can’t believe he still has any fans left, the Morrissey we knew and loved is long gone.

Some just wondered if the musician was making such comments so as to best promote an upcoming return to music. Others, taking on board Morrissey’s habit of controversial statements, weren’t surprised.

In turn, some of Robinson’s #FreeTommy defenders chimed in. One user said: “He is right the treatment of Tommy Robinson is shocking, he is showing concern that the UK is becoming an authoritarian hell hole.” Another added that Morrissey is “as balanced as ever”.

Morrissey defending Tommy Robinson show’s that he is in favour of fighting for free speech and freedom to criticise whatever you want. He is right the treatment of Tommy Robinson is shocking, he is showing concern that the UK is becoming an authoritarian hell hole. #FreeTommy

Jesus was sacrificed on the cross just like Tommy