Was the alleged informant in the Trump campaign a spy? And is it okay to hire somebody to spy on a rival party? According to Rep. Eric Swalwell (D-California), it is, because, of course, Russia.

Speaking on Carlson’s primetime show Wednesday night, Swalwell denied that the FBI’s alleged informant – veteran spy and academic Stefan Halper – actually spied on the Trump campaign, arguing that “spying is what you do against an enemy.” 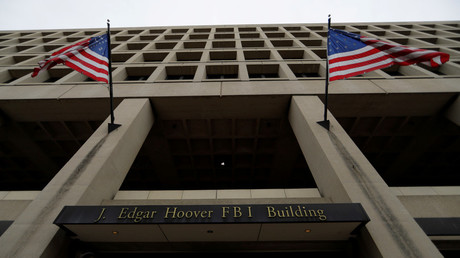 “No,” Carlson replied. “You can spy on people you love. You can spy on your own children, it doesn’t need to be an enemy…you’re expanding the definition into some made-up land.”

The California Representative pressed on, arguing that whatever the definition, the FBI was right to surveil the Trump campaign because of its connections with a “foreign adversary” – Russia.

“The evidence I’ve seen gave plenty of damn good reasons,” Swalwell said. “They were too close to the Russians.”

President Trump has said the FBI’s alleged surveillance campaign was “bigger than Watergate,” and the Department of Justice has formally requested a review of the surveillance application process used by the FBI to determine “whether there was any impropriety or political motivation in how the FBI conducted its counterintelligence investigation.”

Security officials have told the media that the use of informants, such as Halper, is not an illegal or unusual practice per se, and some, such as James Clapper, who was the Director of National Intelligence at the time of the investigation, claim that such data collection in the midst of a live political race was justified by the immediate threat of Russia’s alleged meddling.