Janine Jackson interviewed Lee Fang about the opioid lobby for the June 10, 2016, episode of CounterSpin; an excerpt was re-aired on February 16,  2018. This is a lightly edited transcript of the re-aired version; a longer transcript is available here. 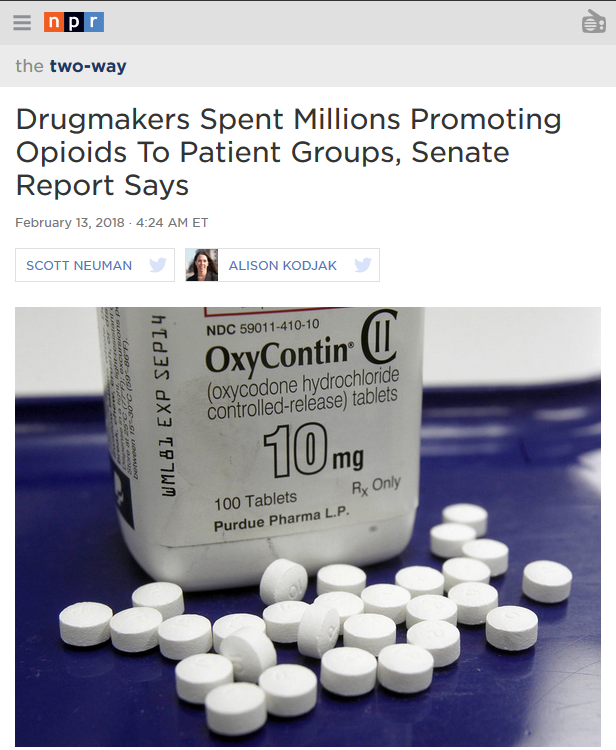 Janine Jackson: A Senate committee led by Claire McCaskill has released a damning report on advocacy groups that get money from opioid makers and then advance opioid-friendly messaging. By “aligning medical culture with industry goals,” the report says, these groups, claiming to speak for people with pain, set the stage for the devastating opioid epidemic. Reporter Lee Fang was investing that problem in 2016. We spoke to him in June of that year.

JJ: In 2014, the class of drugs known as “opioids” were involved in more than 28,000 deaths, or 61 percent of all drug overdose deaths, according to the Centers for Disease Control. The rate of opioid overdoses has tripled since the year 2000. Recent data show two different but related trends: an increase in so-called “illicit” opioid overdoses, largely due to heroin, and then this 15-year increase in overdose deaths involving prescription opioid pain relievers. Those drugs, like oxycodone and hydrocodone, or brand names like OxyContin and Vicodin, account for more than 16,000 fatal overdoses each year. The CDC says they’re comfortable using the term “epidemic” to describe the crisis.

Pharmaceutical companies say they lament the addiction and fatality problems tied to their products, but they also seem determined to resist efforts to address them, suggesting to do so would have to mean taking away relief from people in pain. It’s a medical story, certainly, but it’s also one that calls for following the money, and that’s what our guest does. Lee Fang is an investigative journalist whose work appears on The Intercept, among other places. He joins now by phone from San Francisco. Welcome back to CounterSpin, Lee Fang.

Lee Fang: Hey, thank you so much for having me.

JJ: Let’s talk a little about how we got here, to an opioid crisis. Anytime a powerful drug exists, there’s an opportunity for abuse, of course. But this isn’t just a tragic tale of unintended consequence. There are some factors, aren’t there, in how these particular drugs were introduced?

LF: Right. For some of the bigger, well-known opioids, like OxyContin, manufactured by Purdue Pharma, these drugs were kind of rushed to market. There’s evidence to suggest that early warning signs that showed how truly addictive OxyContin is, were ignored in the approval process, and that the company did not really present evidence showing how dangerous, and how likely patients were to overdose on OxyContin, through the approval process.

But the larger story of how we got where we are today, where there’s an epidemic that you referenced, not just from prescription opioids, but that the recent surge in heroin use and heroin overdoses is also linked to the prescription opioid industry. Four out of five heroin users got started on opioid painkillers, many of those folks receiving those drugs just being prescribed by their doctors. And in America alone, about 81 percent of the global supply of oxycodone products, and almost 100 percent of hydrocodone products, such as Vicodin, are used by Americans. So this is a uniquely American crisis.

But to understand where we got to where we are today, it’s really a marketing strategy that’s been employed over the last 20, 25 years, in which these pharmaceutical companies have pressured doctors, suppressed evidence, and they’ve coordinated a massive network of different foundations and medical societies to promote more use of these drugs for all kinds of different purposes, everything from minor tooth pain to minor back pain. There’s clear evidence that the pharmaceutical companies are part and parcel to the recent surge we see in opioid use.

JJ: I want to just draw out one point that you just made. As you note, Americans are 5 percent of the world’s population, but we consume virtually all of the hydrocodone products, like Vicodin, and huge percentages of the oxycodone. So you kind of have to ask, have other countries just not embraced the miracle? They don’t understand that this is a better mousetrap?  Or maybe it comes down to marketing.

And that brings us back to a company like Purdue Pharma, that produced OxyContin for many years, and you talk about downplaying risks of addiction. I understand that they were telling their sales representatives to tell doctors that the risk of addiction was less than 1 percent,  and it seems as though there was a gap between what they knew internally and what they were putting out to the public. And, of course, that’s what’s so troubling to us on this, is to know that a company can know something and yet regulators don’t know it, and so of course the public doesn’t know it. 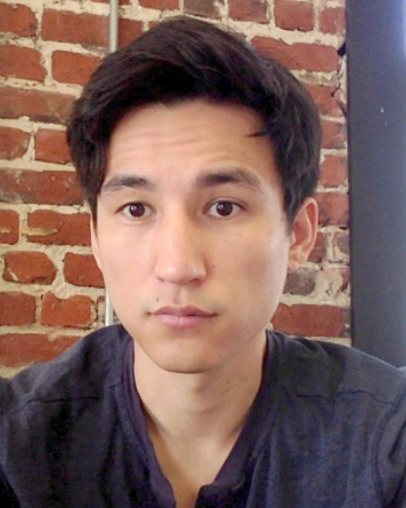 Lee Fang: “This story is very similar to how, for example, tobacco companies use a vast political network and marketing strategy to push their product, despite overwhelming signs showing the health concerns of their product.”

LF: Yeah, that’s right. You know, this story is very similar to how, for example, tobacco companies use a vast political network and marketing strategy to push their product, despite overwhelming signs showing the health concerns of their product. Or the oil industry using very sophisticated political strategies to suppress science.

So for Purdue Pharma, they took a multi-pronged approach. In addition to the typical pharmaceutical strategies, aggressively bringing on sales reps to push doctors, to persuade them with different types of financial and other incentives, to prescribe OxyContin and other opioids, and there’s also a more public-facing strategy, where Purdue Pharma creates a national network of different pain foundations. So these pain foundations would create marketing tools that would bring in people suffering from certain types of pain, from pain doctors and specialists, and pressure them to view opioids as the main type of recourse.

LF: So between 1996 and 2002, Purdue Pharma funded more than 20,000 pain-related education programs, almost ten a day, seven days a week. During that time,  Purdue conducted more than 40 national pain-management training conferences, in vacation spots like Boca Raton and Scottsdale, paying for more than 5,000 physicians to attend.  And they also helped create and fund specialty centers, academies for pain sciences, that would take doctors and give them all types of materials and prescribing guidelines to encourage the use of OxyContin and other opioids. And for certain areas of the country, they even created specialized regional pain foundations that would market the drug. So the Appalachian Pain Foundation, based in West Virginia, they were well-funded by Purdue Pharma, and they arranged meetings between doctors and local reporters.

There’s also evidence to suggest Purdue Pharma and other companies would coordinate grassroots networks of pain patients. So when reporters would write stories saying, there’s this growing opioid epidemic, there are these problems with addiction, they would coordinate to send angry emails to reporters and claim that they were being stigmatized unfairly, to push back against reporters and editors who were starting to peek around and look at this type of dynamic.

JJ: Right, and of course the reason that that would have resonance is that there was a moment in which it was understood that pain was undertreated. And, you know, there are people who have severe pain and who want it to be taken seriously, and none of this is to undermine the situation that those people face.

But that’s why that kind of narrative, that claims to harness a grassroots voice or a voice of patients, particularly patients in pain, can be very persuasive. And yet you kind of get the story, or another aspect of it, from the fact that Purdue, for example, the makers of OxyContin, they’re saying that they’re patient advocates, but when patients get together, like some in Ohio did, to have a class action to say that they had become addicted to OxyContin, well then, Purdue wants to block that.

LF: Right. But like for any grassroots lobbying campaign, they seized on a legitimate grievance, and that’s the undertreatment of some pain conditions. And they layered on some untrue claims, such as these guidelines and these marketing materials that claimed that opioids were not addictive, or were not at high risk of addiction, and they organized individuals and these very PR-savvy foundations to push this false claim.

JJ: That was reporter Lee Fang on CounterSpin in 2016.