Janine Jackson interviewed Mara Verheyden-Hilliard about Trump’s new anti-protest rules for the October 19, 2018, episode of CounterSpin. This is a lightly edited transcript.

Janine Jackson: What is clear is that the Trump White House wants what it wants, decades of carefully forged law and tradition be damned. One of the things it wants is the eradication of public expressions of dissent. Donald Trump has said that protest (against him and his friends) should be illegal, that those who engage in it should lose their jobs and/or have violence visited upon them.

If the White House can’t achieve that, well, they’ll get as close to as it they can, which brings us to the latest: The National Parks Service, under Interior Secretary Ryan Zinke, seeking to rewrite the rules on free speech and demonstrations on those public lands that are under federal jurisdiction in Washington, DC. That would be the parks, sidewalks and streets in the country’s capital, that have seen some of the most significant public protests in US history.

Mara Verheyden-Hilliard: Glad to be with you.

JJ: Tell us about these proposed new rules from the National Park Service, and what they would actually mean. 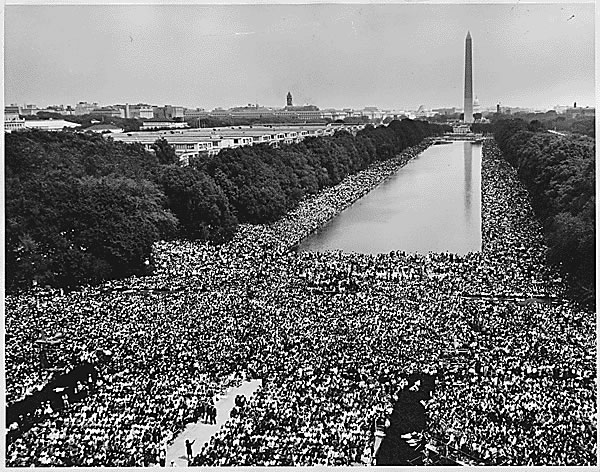 1963’s March on Washington on the National Mall.

MVH: The National Park Service—under Secretary Zinke, under the Trump administration—has put out the most substantial overhaul of the regulations governing access to public lands in Washington, DC, for demonstrations, we believe, in the history of the Park Service. We’ve never seen this massive a regulatory rewrite at one time.

And these are rules that have been forged, incrementally, over five decades of constitutional rights litigation, when time and again, the Park Service has been brought before federal courts, where activists have had to fight to be able to demonstrate in Washington, DC. And these rules were put into place, really, to guide the hand of the Park Service, so that we would be able to exercise our free speech rights without them being able to take actions to disrupt and burden that exercise.

What they’re trying to do is throw all of that out the window. And just so that people have an understanding of the scope of this, we’re talking about all of the most iconic locations when you think about the history of protests in the United States. We’re talking about the National Mall, the Lincoln Memorial, the White House sidewalk, Lafayette Park, the Washington Monument grounds, the sidewalks up and down Pennsylvania Avenue, including in front of the Trump Hotel.

What they have proposed is more than 14 points of rulemaking. But just to highlight some of the key provisions that are so damaging: They have put out a proposal that we’ve called the “Protest Tax,” where they’re asking the public, they had asked the public for comment, on whether or not people that want to demonstrate on these public lands in Washington, DC, should be charged for doing so.

And those charges could include anything from the barricades and fencing that are set up at the discretion of the police—so, you know, they’re going to pen you in and charge you for it. That could include the salaries and overtime of park officials who come out to monitor demonstrations. It could include invoices, sent after the fact to demonstrators, demonstration organizers, for claimed harm to the grass that people stood upon in assembly to demonstrate. These charges could mount in not just the thousands, but the tens of thousands, and, in fact, the hundreds of thousands of dollars. So were they to succeed, it would make demonstrations just prohibitively expensive, and would threaten to bankrupt grassroots organizations. And that’s just one of the proposals.

JJ: It sounds like there’s no reason to pretend that it’s really about these actual costs. It seems very clear that it’s aimed at actually making it difficult or, hey, impossible to engage in public protest. 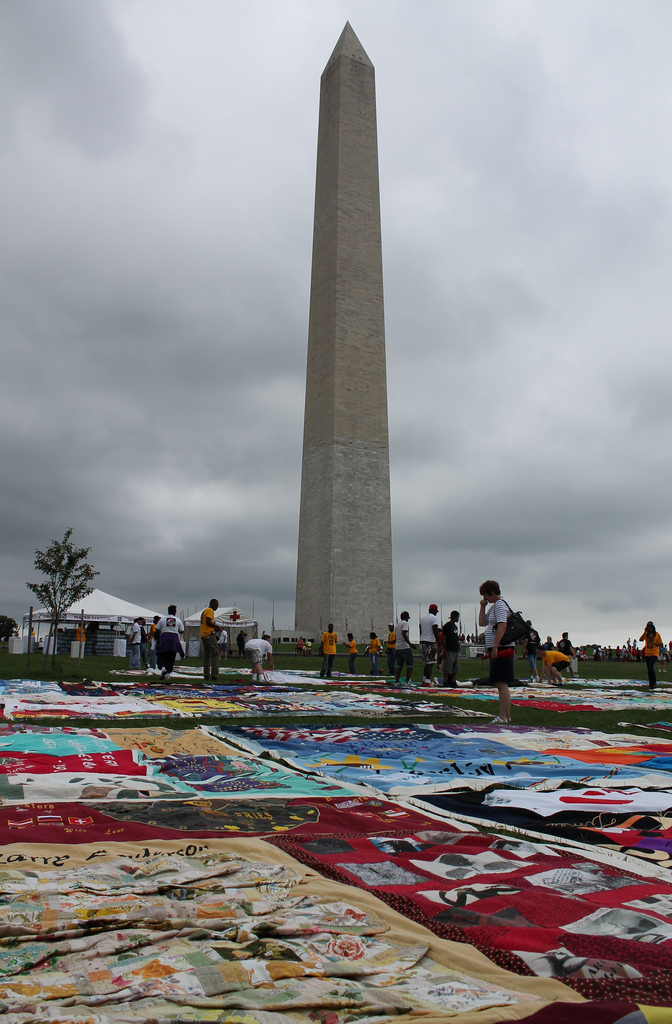 MVH: I don’t think that anyone can possibly think this is simply an administrative matter. I mean, this is the Trump administration—with its rhetoric against demonstrators, its hostility to the First Amendment and towards protests—taking that rhetoric and turning it into concrete plans to stifle and crush demonstrations in the nation’s capital.

They have, in this proposal, a second measure by which they would be able to charge demonstrators for the ability to demonstrate. They want to give officials discretion to go through peoples’ programs, and assert there are what they call “special event elements” inside a program, which as best as we can tell, could mean anything from an exhibit like the iconic AIDS Quilt exhibit, because it is not literally people speaking, to musical performances at a demonstration, which, you know, all demonstrations routinely have cultural and musical performances.

I mean, you think about even the 1963 march on Washington; Odetta was there, Joan Baez, Marian Anderson, you know, Bob Dylan. Now you would look at that, and they would say, “Well, that’s not appropriate demonstration activity,”  as if speech set to music loses its character as speech.

JJ: And then becomes somehow under this corporate reign? What is even the idea, that now it’s “artistic,” and it somehow comes under a different rubric, and that’s why we can charge money for it? Because, after all, lots of private organizations have events on the lawn. 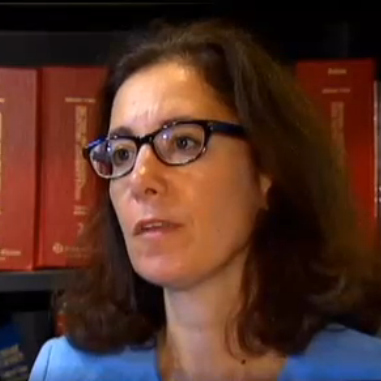 MVH: The way that activities are handled on public space in Washington is, there are demonstration activities, which is all First Amendment activities; that’s handled separately, because there is a fundamental understanding that that is what our public spaces are for. Our public spaces are for the public to use for free speech, for dissent, for debate, for discussion of what matters. When you come to Washington, DC, you are at the heart of the concept of petitioning the government for redress of grievances.

It’s completely different than if a special event or commercial film wants to come use space in Washington. That shouldn’t be charged to the taxpayers. When Wonder Woman was here during the summer, I’m sure that cost in the many hundreds of thousands of dollars, and that is something that the Park Service is supposed to recoup from private, commercial, profit-making ventures. It is completely different than First Amendment activity. They want to conflate those two. 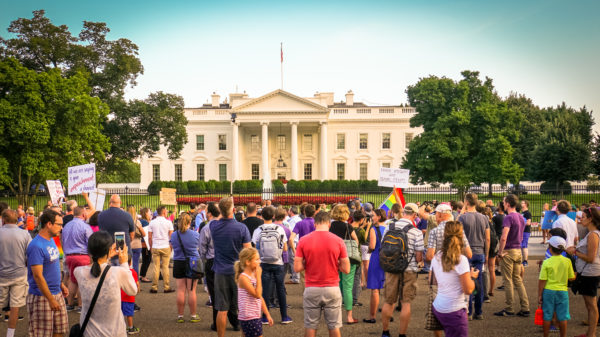 On top of all this, my organization, the Partnership for Civil Justice Fund, did a line-by-line review of the proposed regulations, and found that they had hidden in there that they were closing the iconic White House sidewalk to protest. So this is the location that all of us can imagine people picketing and demonstrating on the sidewalk, with the White House in the background, from suffrage to anti-lynching demonstrations to anti-war, civil rights, environmental rights, LGBT, everyone has gone to that location, but the Trump administration literally wants to take the ground out from underneath our feet.

JJ: Ryan Zinke said, we’re just putting these things out there as ideas, and “we want to have a genuine conversation with the public.” What that translated to was a public comment period, which I understand that it’s a recognized way that these processes work. At the same time, you know, hey, my nightly news must have missed it, because I didn’t hear anything trying to encourage me to engage in this public comment period about something that I might really care about, you know? So what did the process look like, and then, folks did weigh in, and what happened?

MVH: They put out their proposal to public comment, which closed October 15 at midnight, and we started a massive public education and outreach campaign. We digested this 100-page, nearly 100-page proposal, broke it down. We reached so many organizations and groups who were reaching their own constituencies to get public comment in. And that number—which is still going up, because comments are still registering, even though the period has closed—has now surpassed 70,000 comments in response to Trump’s anti-protest plan.

But this language from Zinke that they’re just asking the question is not entirely accurate. That is true with regard to one of the proposals, but for all the rest of these extremely damaging proposals, they wrote regulations that will go into final rulemaking. And that’s why we were really focused on this public comment period to get substantial comments in, because an agency must actually consider substantive comments that are meaningful comments before it can go to final rulemaking, and explain how the final rules have considered those comments.

So many organizations put in very detailed, very thoughtful comments, a lot of affidavits. And so we were building this administrative record, because we expect that we will be litigating to stop these regulations. We’re planning to file litigation as necessary to enjoin them. But we need to have the record underneath us, which now we believe has been built, in order to effectively do that.

JJ: Let me just ask you what—you’ve hinted towards it, but what’s going to happen going forward? I hate to tell listeners there was a time to weigh in, but it’s over, you know? Obviously, these are issues that will affect all of us in a deep way, going forward, and so I’d like to know what’s going to be happening, and what can people do about it? 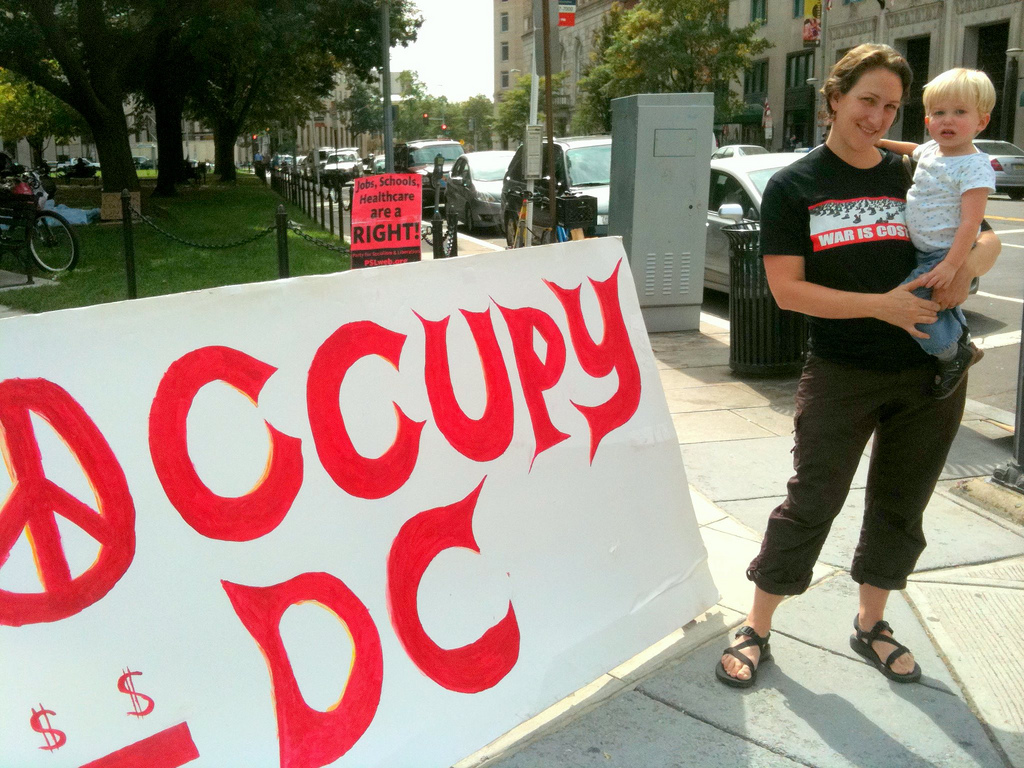 MVH: Well, I think there’s a lot of ongoing activity that can happen. There’s a lot of public awareness and public pressure that can be brought, to make this an extremely difficult process for the administration to move forward on.

You know, some of the other proposals they have in here, they wrote regulations that would ban any future Occupy action; they will not allow any demonstration to exist for more than 30 days. You can see what they’re trying to do. They don’t want any sustained presence ever existing in the nation’s capital again.

They have rules that would eliminate the certainty that permit applicants have when they submit applications, and change the system so that there’s basically a limbo system, where the Park Service can just sit on permit applications for months at a time.

So for people to speak out on this, and be raising awareness and increasing the demand that they rescind their plans, is extremely valuable and extremely important. And we will be working with a lot of groups who are continuing to do that.